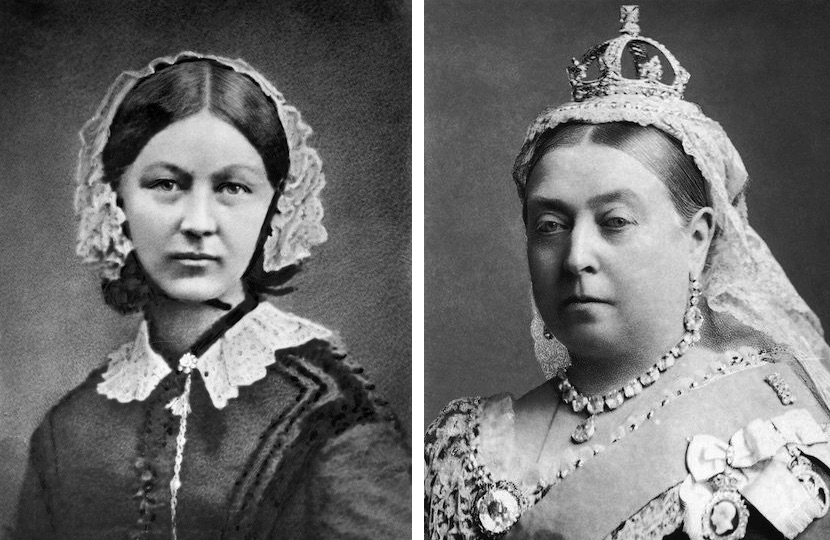 A report appeared in The Daily Telegraph on February 3 about an exhibition marking the 200th anniversary of Florence Nightingale’s birth. It will concentrate on her later years after she had achieved fame. This prompted a letter from Alistair Lexden, which was published in bold type in the centre of  the paper’s letters page on February 8, accompanied by a picture of the Lady with the Lamp in 1907, the year she was awarded the Order of Merit.

SIR - The exhibition on Florence Nightingale’s later life (report, February 3) should give prominence to Queen Victoria’s deep and lasting admiration of her.

“I envy her being able to do so much good,” Victoria wrote during the Crimean War. The pair met in 1856. Expecting to encounter a battleaxe, the Queen was enchanted to find the now famous nurse was modest and demure, “refusing all public acclaim”. The sorrowing monarch roused herself from her widow’s seclusion in 1868 to open St Thomas’s Hospital in London “ for Miss Nightingale”.

The bond between them was further strengthened when, a few days later, news arrived that two nurses trained by Nightingale and sent to Sydney Infirmary had ensured the recovery of the Queen’s favourite son, Prince Alfred, after an assassination attempt in Australia.

Recalling her indebtedness to the Lady with the Lamp, the Queen insisted that money sent to her by the public for her Golden Jubilee in 1887 should be used to establish the Queen’s Jubilee Nursing Institute, the world’s first professional nursing organisation.

She would have been appalled by the refusal of her successor, Edward VII, to include the legendary figure in the new Order of Merit which he created in 1902. “ Women are not eligible,” he insisted. He eventually gave way in 1907 after the prime minister, Henry Campbell-Bannerman, had lectured him about “ the revolution which her services and example effected.” It was as Florence Nightingale 0M that she died in 1910.