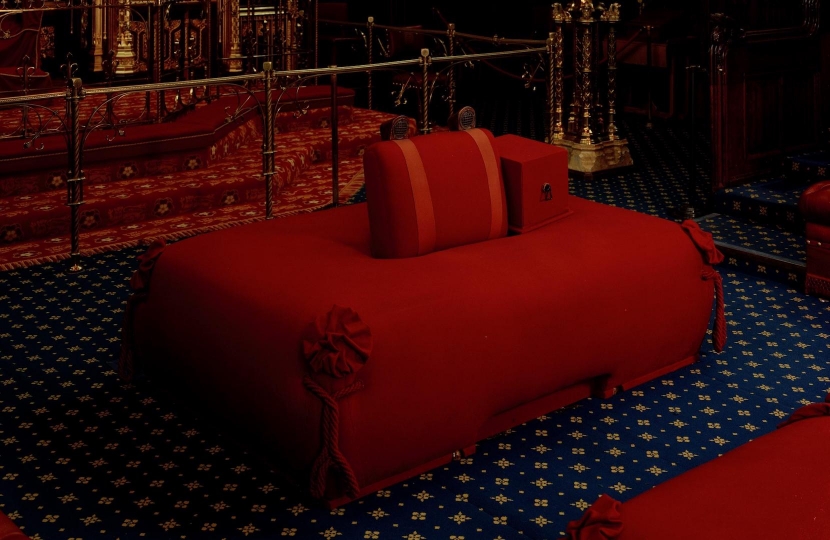 A cheeky piece in the diary column of The Times  on 18 February suggested, not wholly plausibly, that the Commons has ‘its own version of the Mile-High Club’ which  makes use of the Speaker’s chair, but in the Lords the Woolsack was too uncomfortable for such a purpose, being stuffed with horsehair.

The column returned to this remarkable subject on 20 February with the following comments: ‘Good news for anyone who wishes to be in flagrante delicto in the House of Lords… While it may be unfamiliar to lovemakers, Lord Lexden writes to inform us that the noble soft furnishing is amenable to recreational activities. “In 1938 it was re-stuffed with wool from Commonwealth countries,” he says. “As a deputy speaker I sit in perfect comfort, far too deeply absorbed in the deliberations of the House to think of other possibilities.”