The Prime Minister and the union with Northern Ireland 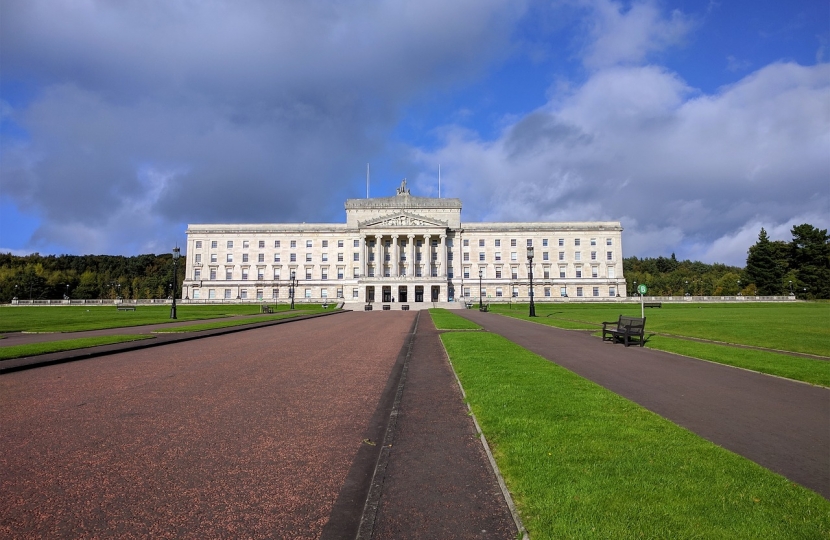 In an oral question in the Lords on 28 October—his last before the general election--Alistair Lexden returned to an issue about  which he has always felt particularly strongly: Northern Ireland.

Democratic government within Northern Ireland came to an effective end in January 2017 with the collapse of its Executive and Assembly at Stormont. By this October over  a thousand days had passed without any sign of their restoration. Because Stormont is the Province’s upper tier of local government as well as its devolved legislature, all Northern Ireland’s  affairs are in the hands civil servants, apart from the very minor powers exercised by eleven district councils.

Officials have sole charge of the vital public services—education, health, social services—on which people rely. They are not supervised by ministers at the Northern Ireland Office who are not  involved in local matters. In the absence of democratic accountability, public services have deteriorated. An individual is 3,000 times more likely to be on a hospital waiting list for over a year in Northern Ireland than in England.

Time will run out for talks about the restoration  of the Assembly and Executive on 13 January next year. If agreement between the local  parties has not been reached by then, the government will either have to hold an election for a new Assembly or introduce what is known as direct rule, under which Northern Ireland Office ministers, answerable to Parliament at Westminster, will become responsible for the Province’s local affairs.

The task of securing agreement between the parties has been made more difficult by the recent EU withdrawal agreement which creates an economic border between Great Britain and Northern Ireland. The widespread concern and dismay which this has caused among Unionist parties in the Province makes them less inclined to work with the current government and with their opponents, Sinn Fein, on finding a way forward.

In his question on 28 October, Alistair Lexden asked: “Will the Prime Minister, who has given himself the title of Minister for the Union, be at the forefront of continuing efforts to secure political progress and to strengthen our Union, in the interests of all our fellow countrymen and women in Northern Ireland?”