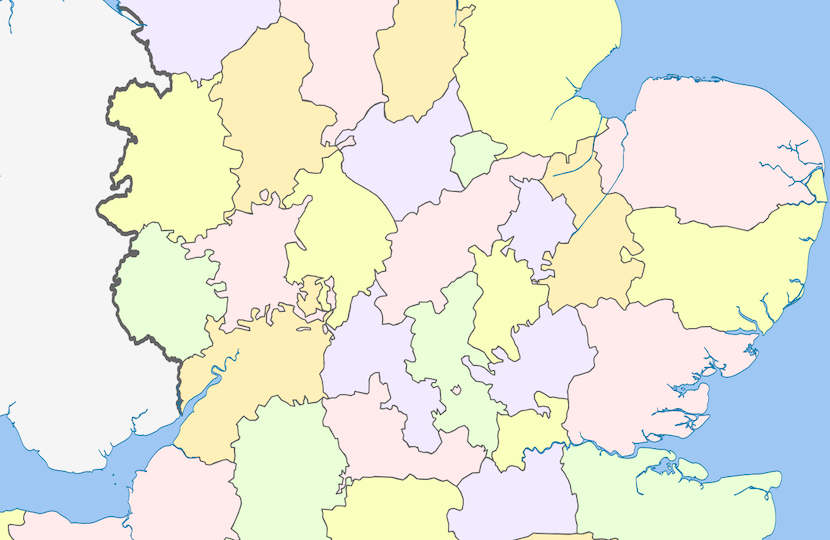 There are 39 counties which have been in existence since Norman times, a thousand years ago.

As a result of local government changes in the 20th century, new administrative units also known as counties (such as Tyne and Wear) were created. Confusion has arisen. Ceremonial occasions, such as visits by members of the royal family, have often been organised by the new counties established by recent legislation which is then changed, rather than by  the immutable historic counties which their long traditions.

Recent Conservative Governments have taken some steps to strengthen the position of the historic counties, but a greater commitment to preserving them is needed.

Alistair Lexden raised the issue in the Lords by way of an oral question on 16 September. He asked: “Do not our historic counties enable us to recall many elements of our long and glorious past? Should they not appear on all maps as a matter of course? Should they not be used for all ceremonial purposes rather than, as is sometimes the case, the more recent artificial creations?”

Replying for the Government, Lord Greenhalgh said: “My noble friend is right to raise this issue. The Government have taken steps to ensure it is easier to recognise historic counties. In 2014, planning rules were changed to allow councils to put up boundary signs marking traditional English counties. In 2015, the Government commissioned Ordnance survey to produce historic and ceremonial county-boundary datasets, and we are open to other ideas… We recognise that people should take great pride in their local identities, irrespective of the local administrative areas.”

Image: CC BY-SA 3.0 Derived from map by MRSC via Wikipedia