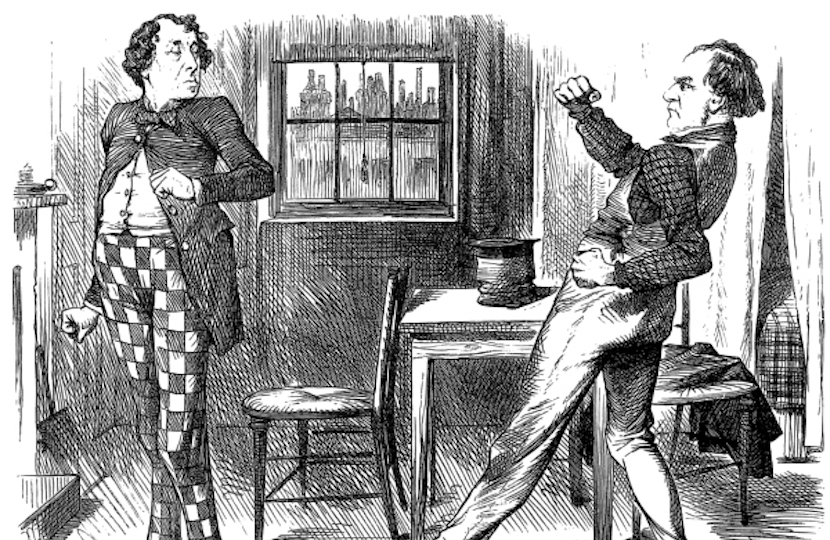 A light-hearted article in The Times on May 21 discussed the new fashion for dousing election candidates with milkshakes. In a letter published in the paper on May 23, Alistair Lexden recalled how candidates in the 19th century tended to deal with projectiles aimed at them.

Sir, Why should people who throw things at politicians have it all their own way (Hugo Rifkind, “Milkshake throwing isn’t as funny as it looks”, May 21)? Before the introduction of the secret ballot in 1872, elections were dominated by hustings, which evened things up a little. At High Wycombe in 1832, Disraeli picked up some of the lumps of pork that came his way and threw them back, scoring several hits. At Beverley in Yorkshire, “brave gentlemen on the hustings repulsed a series of sticks, the ladies having retired.” At Newark, however, a young Gladstone preferred discretion to valour, neatly dodging a hail of stones.

Without some means of protection, there must be a danger that more candidates will follow the example of John Prescott and punch their assailants.