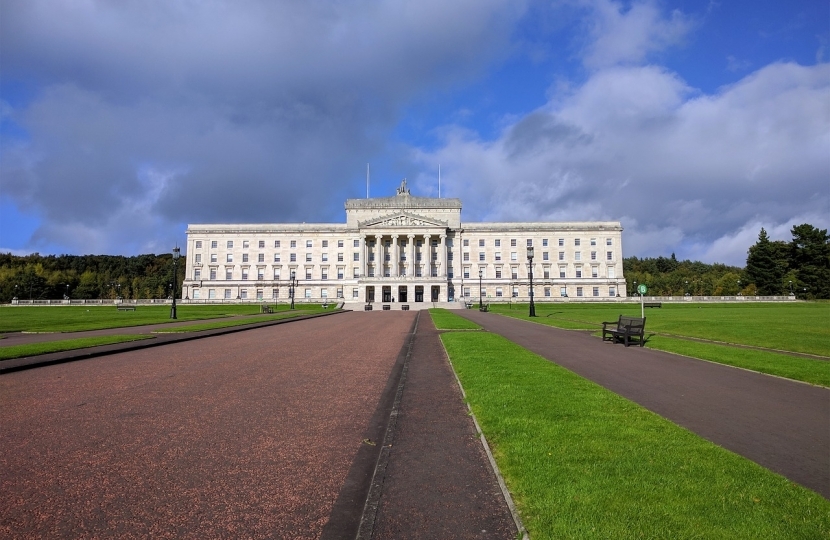 Billions of pounds were approved for public expenditure in Northern Ireland after no more a short debate in the Lords on 31 October.  This illustrated vividly the totally unsatisfactory way in which the Province’s affairs are now being handled. The long suspension of the Assembly at Stormont means that the Budget cannot be dealt with there, while Parliament, where it has to be settled, does not make enough time available for proper scrutiny of huge sums of money.

In his contribution to the debate, Alistair Lexden raised issues relating to welfare reforms, a renewable heating incentive scheme which went disastrously wrong, and Northern Ireland’s health services which are in crisis. He said: “It is truly shocking that in Northern Ireland someone in need of treatment is 3,000 times more likely to have been on a waiting list for a year or more than his or her counterpart in England.” He deplored the government’s failure to take action to alleviate the crisis at a time when it cannot be initiated by anyone in Northern Ireland itself because of the long suspension of the Assembly.

He asked: “Should not this Parliament endeavour to devise more effective arrangements to safeguard the interests of our fellow countrymen and women in Northern Ireland in circumstances where their own democratic institutions are suspended for a protracted period?”

Follow the link to read his speech in full…. theyworkforyou