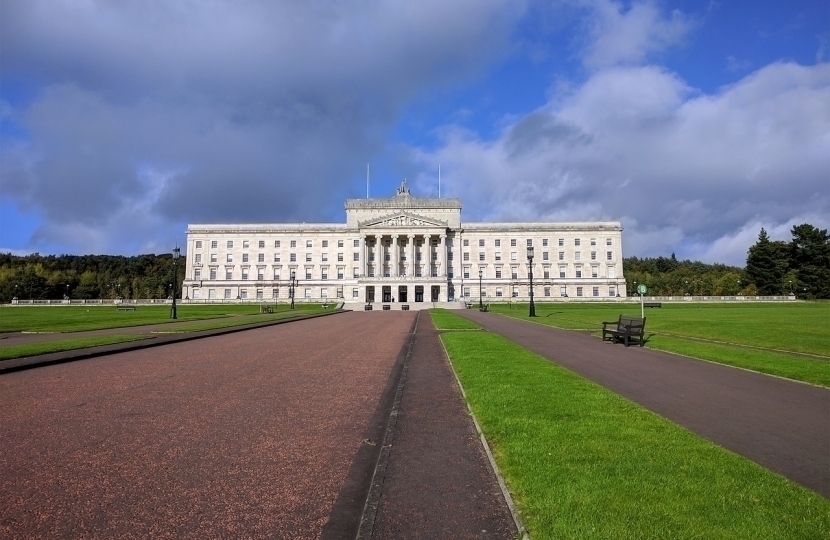 Alistair Lexden followed his commemorative article on the opening of the Northern Ireland Parliament (see below) with a letter published in The Daily Telegraph on June 23.

SIR – It is 100 years this week since  King George V made his historic visit to Belfast to open the new Northern Ireland Parliament, designed as the partner of a devolved Parliament in Dublin with identical powers, linked to it by a Council of Council consisting of representatives of both legislatures.

“We really got a wonderful welcome & I never heard anything like the cheering”, the King recorded in his diary. In his speech he appealed memorably “to all Irishmen to pause, to stretch out the hand of forbearance and conciliation, to forgive and forget, and to join in making for the land they love a new era of peace, contentment and goodwill.”

Inspired by this appeal, Lloyd George reached  a settlement later in the year with some of the leaders of Sinn Fein, which brought them dominion status. In Ulster, where Unionists had given firm backing to a Council of Ireland, an IRA campaign of terror destroyed the prospects of an accord between North and South. It left 428 dead and 1,766 injured in Belfast by the end of 1922. The firm Unionist response to the IRA alienated the Catholic minority.

A hundred years later the task of trying to heal Ulster’s wounds continues. The partnership, envisaged by the King in 1921, requires above all unqualified respect for the right of Ulster’s Unionists to remain a full and equal part of our country. Nowhere today is that respect more important than in the European Union.