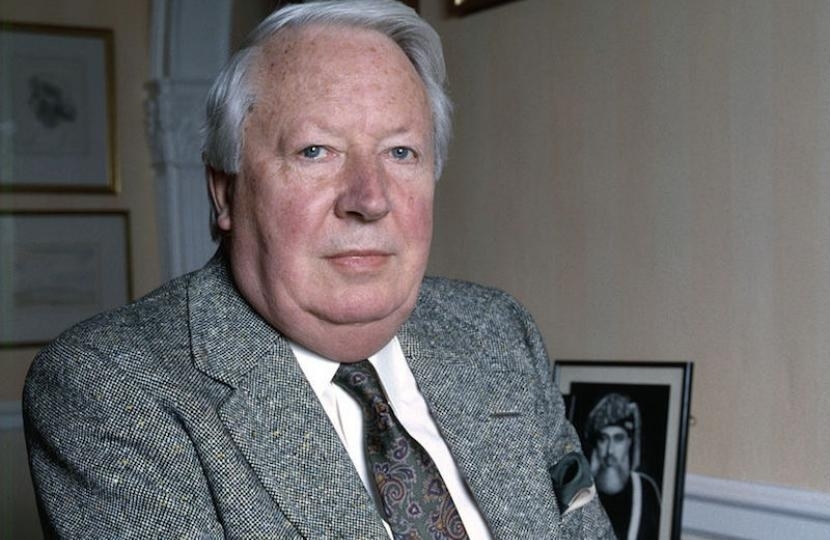 On 22 July, Carl Beech, who gained notoriety under the pseudonym ‘Nick’, was sentenced to eighteen years’ imprisonment for fraud and perverting the course of justice. His lies, which were for long treated as the truth by the Metropolitan Police, did grave harm to the reputations of a number of people, including Ted Heath, and inflicted immense distress on their families and friends.

On 30 July, Sir Richard Henriques, a retired High Court judge who conducted an inquiry into the Met’s failures in 2016, said that he believed that warrants to search the properties of people smeared by Beech had been obtained illegally by the police, who knew all along  that his claims were untrue.

In a statement on 1 August, Alistair Lexden said: “Any criminal investigation of the Met’s suspected misuse of statements by Beech should also include the part that his lies played in Operation Conifer, undertaken by Wiltshire police, backed by over £1million of government funding, into allegations against Sir Edward Heath in 2015.

“The then Wiltshire Chief Constable, Mike Veale, left his post after the investigation; though appointed to head another force, he resigned from it last year after accusations of personal misconduct. He asserted that seven of the allegations against Sir Edward were sufficiently strong that if the former prime minister had still been alive, he would have been questioned under caution.

“Those who have studied the case closely believe that some, perhaps all, of them rest on the discredited testimony of Carl Beech. In the Lords I have repeatedly pressed the government to institute an independent inquiry which so far it has flatly refused to do. It must now reconsider its position.”