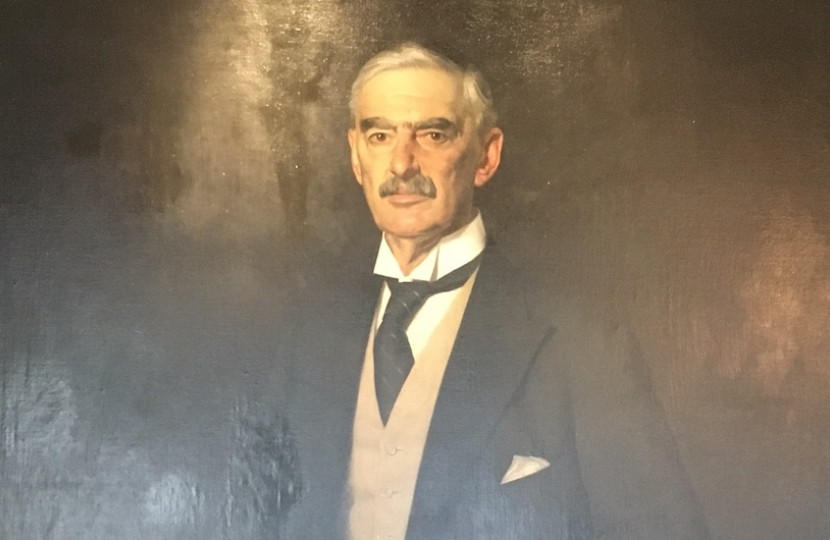 In an address to the Friends of the National Archives at Kew on 14 June, Alistair Lexden returned to one of his abiding convictions: that Neville Chamberlain is the most misunderstood statesman in modern British history.

So much of what he did has been forgotten. His policy towards Hitler is remembered in the form that his arch-critic in the 1930s, Winston Churchill, told it, distorted to show that only Churchill himself understood what needed to be done.

Chamberlain had a double policy: dialogue to try and find peaceful agreement and a massive rearmament programme, on which 50 per cent of GNP was eventually spent, to fight a war if diplomacy failed.

What has been forgotten? Above all, that Chamberlain was a truly formidable politician who dominated the House of Commons for the best part of twenty years, and that he passed a host of major reforms—in housing, health, and social security—that gave Britain some of the best welfare services in the world in the 1930s.

Alistair Lexden set all this out at length in his address, as he has done on other occasions, including a major lecture in July 2018.

Copies of his booklet Neville Chamberlain: Redressing the Balance are available without charge on application to him at the Lords.