Neville Chamberlain - a man whose reputation has languished for too long 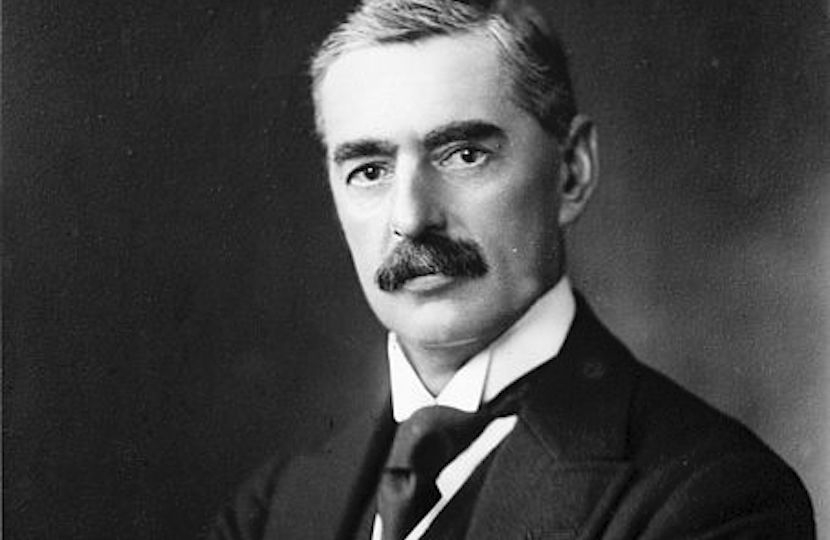 On 28 November, Alistair Lexden contributed to a run of letters in The Daily Telegraph putting the case for Neville Chamberlain’s handling of the Munich crisis. He ended his letter by referring to the plans he is making, in conjunction with others, for a memorial plaque in Birmingham. (His booklet, Neville Chamberlain: Redressing the Balance, was published last year and can be read on this website.)

SIR - Air Commodore Michael Allisstone (Letters, November 22) asks “with what” would we have fought if there had been no agreement at Munich in September 1938.

A few days earlier, Chamberlain had ordered the mobilisation of the world’s largest Navy. The Army made ready to send two divisions to France. The RAF had 26 squadrons available.

But all three services told the prime minister that their massive programmes of rearmament (the cost of which would soon be 50 per cent of GNP) had not advanced far enough to beat Hitler; planning since 1934 had been based on the assumption that war would not come before 1939.

General Ironside, Chief of the Imperial General Staff, said that the country would “commit suicide” if went to war over Czechoslovakia, not least since we did not have the Dominions with us. The  settlement at Munich rested on the principle of self-determination for the Sudeten Germans which they had first pleaded at the Paris Peace Conference in 1919.

Despite the international crisis, Chamberlain found time to carry forward his programme of welfare reform, his dominating interest in politics. In 1938, several million working people became entitled to paid holidays for the first time.

Chamberlain’s reputation has languished for far too long. Next November will mark the 80th anniversary of his sudden death (“What shall I do without poor Neville?” Churchill lamented. “I was relying on him to look after the Home Front for me”). An all-party group of politicians, historians, writers and members of his family has been formed is raising funds for a large, sculpted plaque in Birmingham, of which he was twice lord mayor before becoming the city’s only prime minister.

Image: Licensed under the Creative Commons Attribution 4.0 International license, from Wellcome Images, a website operated by Wellcome Trust, a global charitable foundation based in the United Kingdom.