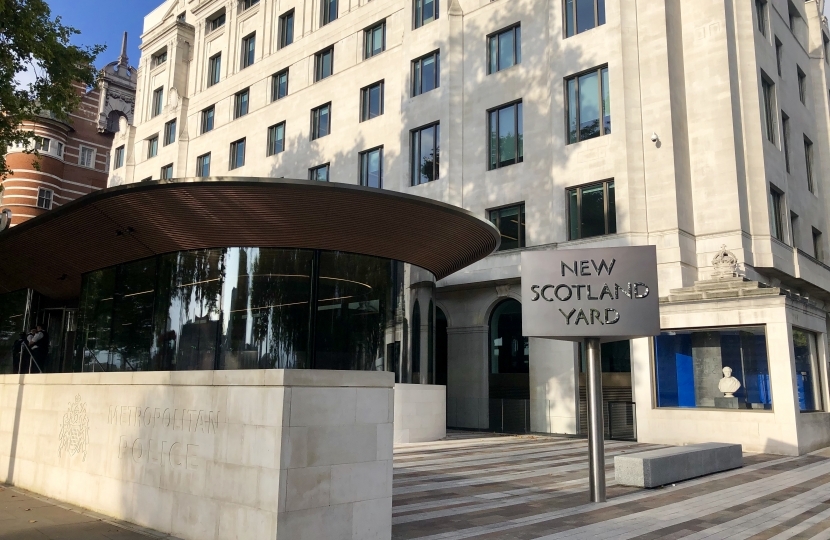 On 13 March, the Met was plunged into a fresh crisis when some of its officers overreacted in policing a peaceful vigil on Clapham Common. Their conduct will be investigated by independent bodies.

During the preceding four weeks, a former High Court judge, England’s former chief magistrate and six former Home Secretaries (three Labour, three Conservative) had asked the current Home Secretary to establish an independent criminal investigation into serious allegations of misconduct by Met officers during the notorious Operation Midland, one of the worst scandals in police history.

Alistair Lexden, who has kept the Government under pressure over this issue in the Lords over recent years, repeated his call for action on 11 February. On 16 March, he returned to the continuing scandal, following powerful and poignant criticisms of the Met’s conduct by Lady Brittan, whose innocent husband, a former Home Secretary, was hounded by police officers during his final illness, after which she herself endured considerable suffering.

Speaking in the Lords, he said: “Would we not all agree across the House with the following words: ‘I find it quite extraordinary that anyone who is referred for misconduct is not interviewed’? Would we not all share courageous Lady Brittan’s astonishment that a deputy assistant commissioner of the Metropolitan Police - a man who was in charge of the disastrous Operation Midland and who allowed false evidence to be used to obtain search warrants - was not asked a single question in person before being cleared by the Independent Office for Police Conduct (IOPC) of allegations of misconduct? Why has the distinguished former High Court judge, Sir Richard Henriques, not yet received a reply to his request last month for an investigation into the ‘apparent condoning of police criminality by its notional watchdog’ and other serious issues?”

The Minister who replied for the Government refused to make any comment about the IOPC, but said that, “Sir Richard will receive a letter from the Home Secretary”. It was sent later the same day, and rejected the retired judge’s call, supported so widely, for an independent criminal investigation into the alleged misconduct of the deputy assistant commissioner, Steve Rodhouse (now Director General of the National Crime Agency), and four other officers. This means that the Met’s reputation will be for ever blighted by the scandal of Operation Midland, and a cloud of suspicion will remain over the five police officers.