"Lower than vermin" - how a foul insult inspired Margaret Thatcher 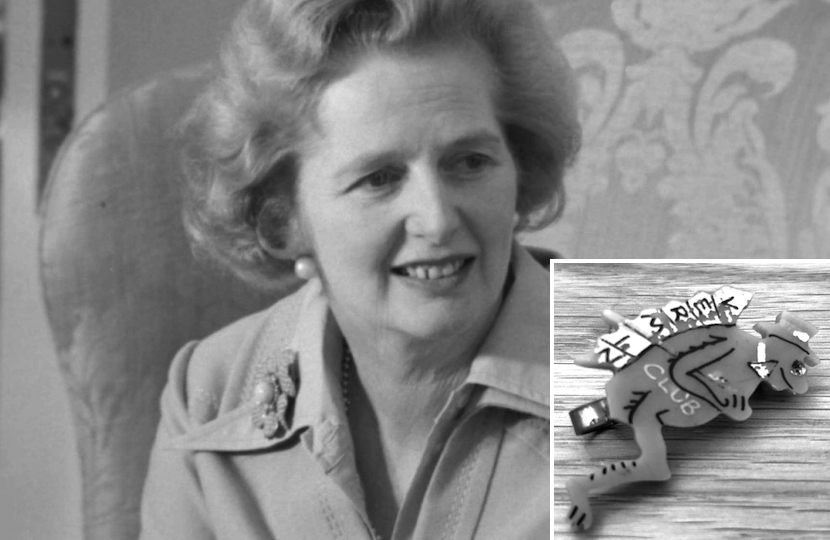 A recent article in The Daily Telegraph quoted Aneurin Bevan’s famous attack on the Tories as “lower than vermin”. The attack appeared in what was supposed to be a non-partisan speech formally launching the NHS on 4 July 1948.

Young Tories at the time reacted to the insult with glee, none more so than Miss Margaret Roberts who was then living at Lexden on the outskirts of Colchester (I recently instigated a plaque to commemorate the connection). In her memoirs, Lady Thatcher recalled that Bevan’s outburst “gave young Tories like me a great opportunity to demonstrate their allegiance in the long tradition of ironic self-deprecation.

“We went around wearing ‘vermin’ badges—a little blue rat. Those who recruited ten new party members wore badges identifying them as ‘vile vermin’; if you recruited twenty you were ‘very vile vermin’. There was a Chief Rat, who lived somewhere in Twickenham.” According to some accounts, there was also a Rat’s Nest, to be found in Churchill’s Woodford constituency.

By the 1950 election, the Tory “vermin” had brought some 120,000 new members into the Party. The Labour leadership was horrified. Attlee told Bevan that his attack was “singularly ill-timed”. Herbert Morrison said it “did much more to make the Tories work and vote than Conservative Central Office could have done”. He believed that it cost Labour over two million votes in 1950 when the Labour’s large Parliamentary majority was virtually wiped out.