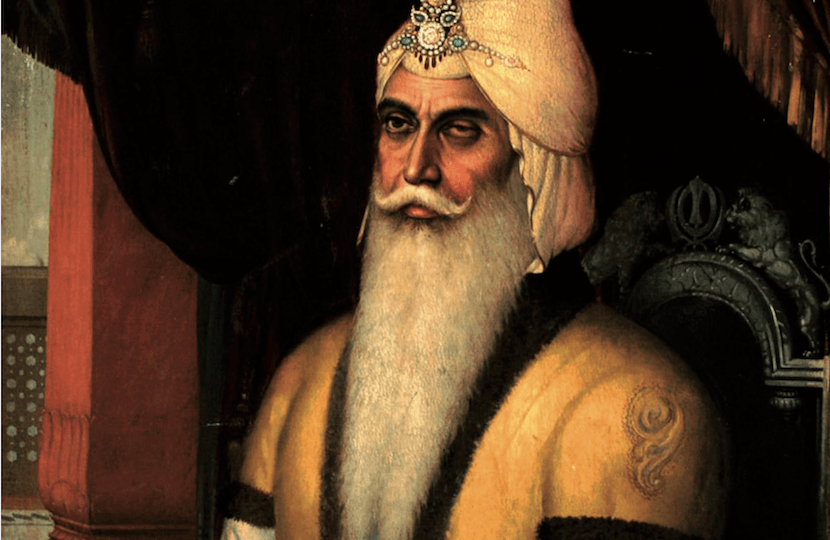 In a poll of history readers, the Maharajah Ranjit Singh (1780-1839) was voted the greatest leader ever, defeating Churchill, Elizabeth 1 and others. Known in his lifetime as the Lion of the Punjab, he ruled a Sikh Empire which stretched from the Khyber Pass to Tibet, but it did not survive his death.  A biography of him by Lord Sheikh, which was published in 2017, was the subject of a review in Parliament’s House Magazine by Alistair Lexden on 24 April 2017.

The Lion of the Punjab’s remarkable abilities as a warrior were not inherited by members of his family, as Alistair Lexden pointed out in a letter in The Times on March 7.

Sir, Maharajah Ranjit Singh, voted the greatest leader (report, Mar 5, and letter, Mar 6), conspicuously failed to instil martial prowess within his family. His son, Duleep Singh, became a Norfolk landowner and a member of the Carlton Club but was thwarted in his ambition to stand as a Tory candidate against one of Gladstone’s sons. His granddaughter was a leading suffragette. The Lion of the Punjab would have been astounded.