Keeping the working classes out 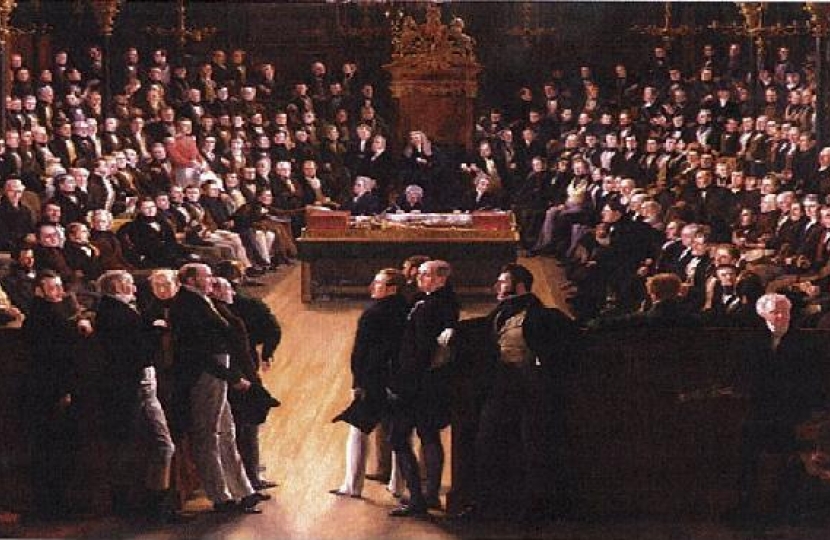 It is widely assumed that democracy in Britain stemmed from the Reform Bill of 1832. Alistair Lexden takes a different view, as he made clear in a letter published in The Daily Telegraph on 21 December.

SIR - Charles Moore’s “aristocratic friend” (Notebook, December 17) believes rather touchingly that her great Whig forebears, Earl Grey and his son-in-law the Earl of Durham, “moved towards giving the working man the vote” through their Reform Bill of 1832.

Grey devised the Bill in such a way that it “would operate rather favourably than otherwise for the landed interest”, as he told King William IV.

It was, he said repeatedly, “a thoroughly aristocratic” measure designed to halt moves towards democracy. Writing to Durham on January 30 1831, he said that their Bill would be “effectual and final”.

It increased the electorate from some 400,000 to 650,000 through the addition of men owning substantial property, though in Ireland the electorate was cut sharply in an attempt to bring it under firmer British control.

The first working men to gain the vote under the reformed system—many had it before 1832—were enfranchised by Disraeli in 1867. For this he has been widely hailed by posterity as the founder of “One Nation Conservatism”, though he never used the term and, like the Whigs of 1832, believed that government should be under the control of the aristocracy.