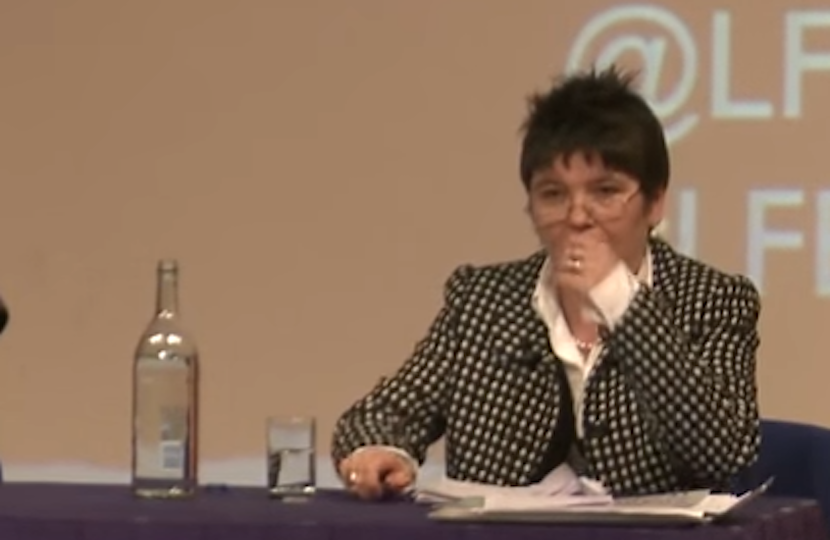 “Last week’s honours list included a peerage for Claire Fox, a woman notorious for defending the right of the IRA to commit murder during the long bloody period before the Belfast Agreement of 1998. She calls IRA terrorism over the preceding thirty years ‘their struggle for freedom.’

By elevating her, Boris Johnson has shown indifference to the memory of all those who died, and to the grief of all those who suffered, to uphold Northern Ireland’s right to remain part of our United Kingdom in accordance with the wishes of a majority of its people. Those who paid the ultimate price included prominent members of the Conservative and Unionist Party.

The statutory House of Lords Appointments Commission would also seem to have erred. It is required to ensure that ‘the past conduct of the nominee would not reasonably be regarded as bringing the House of Lords into disrepute.’ How can Ms Fox fail to do that?"

A letter embodying this statement was published in The Daily Telegraph on August 7. It attracted a number of messages of support from those outraged by the award of a peerage to Ms Fox.

Image: Licensed under the CC Attribution 3.0 Unported license, by UCL Institute of Education (IOE) via Wikipedia