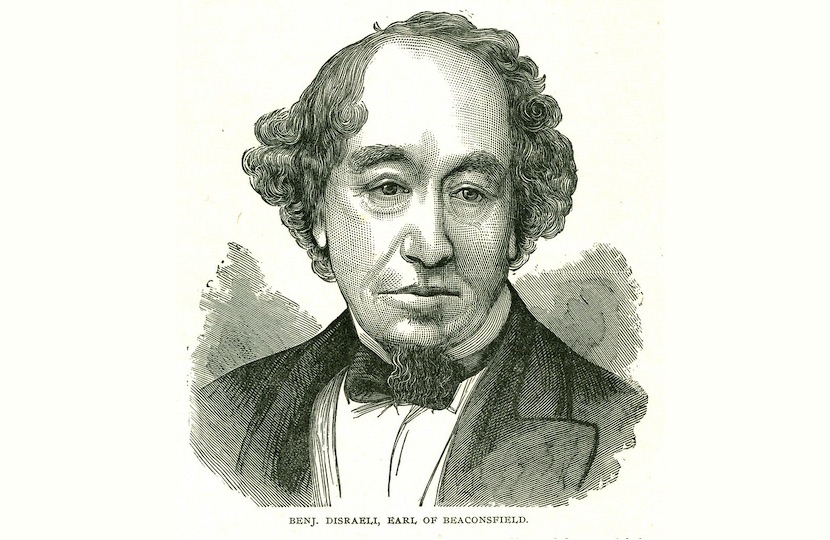 In the April issue of a new magazine The Critic, Simon Heffer, a well-known journalist who also writes history books, published an extraordinary, almost hysterical, attack on Disraeli, attempting, among other things, to reawaken the tired old condemnation of him as a complete charlatan. Heffer has for long harboured a deep dislike of the great Tory leader. Alistair Lexden admonished him recently in a letter to The Spectator (see below). His reply to the intolerably biased article in The Critic will appear in the July edition of that magazine.

Disraeli would have smiled indulgently at Simon Heffer’s attack on him (April issue). He was bombarded with similar insults throughout his career. Most had an element that Heffer could not get away with. One of his senior backbenchers, Sir Rainald Knightley, never ceased railing against “that hellish Jew”.  He was amazingly forgiving. When he died, a young gay Liberal admirer, Reggie Brett, wrote in his diary: “he was the most magnanimous statesman of our time” who in the end prevailed over “all but his most bigoted opponents”.

A bigoted opponent like Heffer will never find it difficult to be rude about him. There is material to spare. In 1841 he asked Peel for office, but flatly denied doing so in the Commons during the Corn Laws crisis, a classic Victorian high political drama with no holds barred. Peel showed himself the lesser figure in the merciless world of party politics by letting Disraeli get away with it.

Gladstone praised Dizzy as the master of the Tory party “which he understood perfectly and governed completely”.  It has profited hugely from his richly varied legacy, emphasising imperialism in one era and social reform in another while turning time and again to his great theme of national unity. All are documented in a slim volume of his wit and wisdom published in 1992 by his brilliant biographer, Robert Blake, and recently reissued (to be extolled by Andrew Gimson as the best book on politics he has read recently).

Though deplorable in its mean-spiritedness, Heffer’s diatribe is in a perverse way a testament to his enduring importance. Who today would bother to launch an onslaught on Gladstone?

Image attribution: 2.0 Generic (CC BY 2.0) by Political Graveyard via Flickr.