How King George VI helped fool the Nazis before D-Day 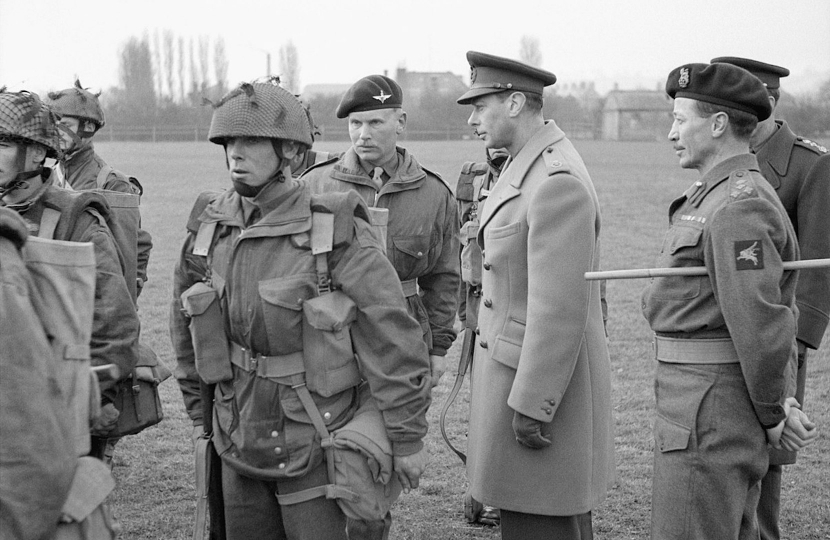 When the Queen visited the headquarters of MI5 on 25 February, she was shown material about the part played by her father in misleading the Nazis over the D-Day landings in 1944. Alistair Lexden supplemented The Daily Telegraph’s account of the King’s contribution in a letter published in the paper on 2 March.

SIR - MI5 rightly drew attention during the Queen’s visit to its headquarters (report, February 26) to George VI’s “central role” in misleading the Nazis over plans for D-Day.

His involvement began when two MI5 officers called on the King’s private secretary, Sir Alan Lascelles, on 3 March 1944. In his diary he wrote that they “explained how the King’s visits in the next few months could assist the elaborate cover scheme to bamboozle the German intelligence over the time and place for Overlord”.

Much press publicity was given to visits to troops in the South East to help strengthen the Nazi suspicion that Calais, not Normandy, would be the scene of Allied invasion, and earlier than the actual date in June.

What seemed to be a huge oil-storage complex near Dover also received a royal visit, as M15 has now revealed. It was in fact a complete fake, designed by Basil Spence and built by Shepperton Studios.

An element of the elaborate deception plans to which MI5 did not refer took the KIng to Scapa Flow. There he inspected the fleet at length during a three-day visit in May. Prominent press reports indicated that he had “taken leave” of his fleet in “cold and lonely northern waters” as it prepared for battle. The prospect of a Scandinavian attack was created to deter Nazi troop movement to reinforce northern France.

It is right that this  contribution to D-Day’s success made by the Queen’s father, who meant so much to her, should at last be fully acknowledged.