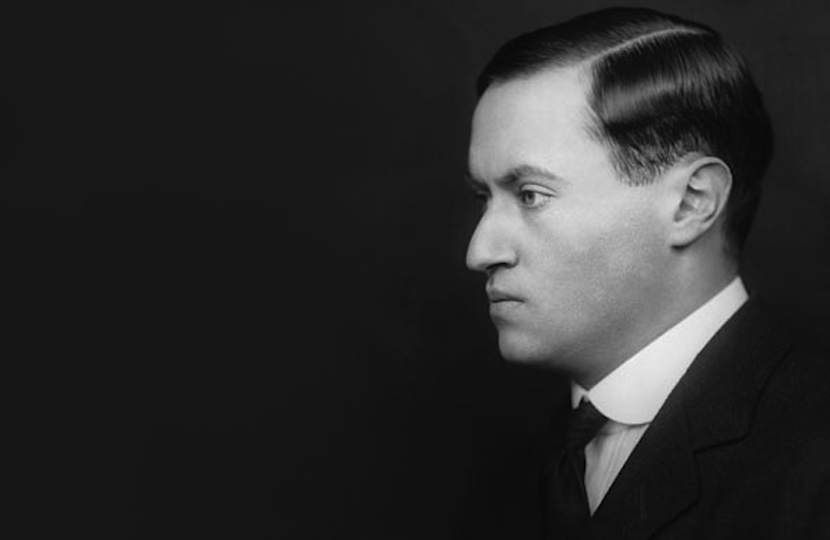 Shortly before his death in 1960, Sir Lewis Namier was hailed at Oxford University as “the creator of the science of modern history who has never forgotten to treat history as an art.” An outstanding biography of him has been published by Professor David Hayton of Queen’s University, Belfast. Alistair Lexden’s review which follows has been written for the next edition of the Conservative History Journal which will appear in the autumn.

In January 1929, a few months before an unexpected election defeat forced Stanley Baldwin, the first one-nation Tory leader, to resign as prime minister, a book with a singularly unexciting title –The Structure of Politics at the Accession of George III— was published. Though modern publicity agents might groan at such bleak words on a  book cover, the work was greeted by a succession of fulsome reviews which made its author’s reputation, in much the same way as Edward Gibbon’s fame was established on the publication of the first volume of The Decline and Fall of the Roman Empire in 1776.

Like Gibbon, Lewis Namier strengthened his reputation by all that he wrote subsequently. His output was prodigious, both on the eighteenth century, which he made his own, and on the whole sweep of modern European history, of which he had a unique understanding. David Hayton does not exaggerate when he remarks at the start of this brilliant book that “ while works produced by his contemporaries often seem museum pieces, his writing retains sharpness and immediacy. Its epigrammatic style continues to draw admiration.” The great historians, like Namier and Gibbon, who continue to be read long after their deaths, are always masters of English prose. It is the essential quality for immortality.

The best places to start in making, or renewing, an association with Namier are his scintillating essays, ranging from the Hapsburg monarchy to the general election of 1950, brought together in a series of collections, some of them published by Macmillans. Harold Macmillan, lover of history and fine writing, was a close personal friend. Namier, along with Alec Home, was among a small group who received honorary degrees on Macmillan’s nomination in his first year as Chancellor of Oxford in 1960, which was also the year of Namier’s death. His citation hailed him as the “ creator of the science of modern history who has never forgotten to treat history as an art.”

Tireless, meticulous research, necessitating visits to archives in stately homes up and down the country which he much enjoyed(along with the company of their titled owners) provided the basis for the lasting achievements in eighteenth century history of this remarkable "conservative revolutionary”. Hayton writes about him with impeccable scholarship leavened by an affectionate understanding of a man who began life in 1888 in rural Galicia as Ludwik Bernstein and transformed himself into an acclaimed figure in his adopted land, but without integrating completely into it.  “Despite the accolades, the social advancement, the official recognition marked by his knighthood, Namier remained an outsider”, Hayton writes.

Though rejecting all religions, he was a tireless champion of the Zionist cause, pressing the case for an independent Jewish state without regard for the differing opinions of others, often in the company of Arthur Balfour’s niece and biographer, “Baffy” Dugdale, who shared this obsessive commitment.  “Men”, wrote Disraeli, “should be difficult.” Namier fitted Dizzy’s description perfectly.

The Zionist campaign brought Namier into contact with a number of influential Tory politicians. Walter Elliot, the Party’s leading Scottish MP and a cabinet minister from 1932 to 1940, was the most important of them. “ The people with whom I pin my faith”, he wrote in 1934, “ are the left wing of the Conservative party under the leadership of Walter Elliot etc”, people with a “ proper sense of tradition, sufficient experience to prevent them from [trying] naïve experiments, but at same time people who have no undue regard for money bags”(fortunately no Conservative Party treasurer seems to have come his way). Hayton attaches the “one nation” label to Namier’s Tory circle in the unthinking way that it is so often awarded to denote virtue that others supposedly lack. Those who most deserve it in this period are Baldwin and Chamberlain who implemented significant one-nation policies.

Namier developed a boundless admiration for Churchill when Chamberlain, whom he excoriated, sought an accommodation with Germany, a country he always regarded as the fount of evil. As the foreign policy crisis deepened, he began to accept invitations to address Party gatherings. In 1938 he lectured at Ashridge College. After the war, he made a dramatic appearance at a meeting of the Conservative Political Centre (CPC), created by Rab Butler to make Party members better informed about political issues. Two members of the audience walked out in protest at the virulence of his anti-German views.

In what sense was this great historian a “conservative revolutionary” ? His was emphatically not a view of the past which celebrated  human progress and change, like the then predominant Whig historians. He turned the tables on them with the fervour of the revolutionary. As an outsider and an exile from the turmoil of eastern Europe, he identified and extolled the stability of English political life (the rest of the United Kingdom seems to have held no interest for him) made possible by sensible, confident governing classes who scorned political ideas and refused to be intimidated by public opinion into making dangerous changes.

The preservation of stability required the maintenance of the strong, historic institutions with which the country was blessed—a basic Tory insight, too little understood by Tories today. He said that “ the social history of England could be written in terms of the membership of the House of Commons ,that peculiar club, election to which has at all times required some expression of consent on the part of the public.” Its consent having been given, public affairs should then be left in the hands of those who had been brought up to conduct them with the support of responsible MPs, an “elitist” proposition that until recently commanded wide support among Tories. Stability in this form had been at its apogee in the eighteenth century, which is why Namier was drawn to it so strongly. “ Liberty”, he wrote, “is the fruit of slow growth in a stable country.”

Since the survival of slowly won liberty and political stability depended in his view  on  members of the House of Commons,  it followed that the composition of the Commons and the elections that determined it needed to  be studied in careful detail. The great history of Parliament project, originally conceived in the 1930s, was relaunched in 1951. Namier devoted his last years almost entirely to the eighteenth century section entrusted to him. Published posthumously in 1964, it contained some 2,000 biographies, plus constituency histories. A new word—to Namierise—entered the language: to study institutions through their collective biography.

It was at the History of Parliament Trust that David Hayton served his apprenticeship as an historian before embarking on a distinguished career at Queen’s University, Belfast. His book has involved years of research, tracking down all the relevant surviving material in true Namierite fashion. Books are often described as definitive when they are nothing of the sort. This magnificent biography truly deserves the accolade.