George III - a most conscientious king 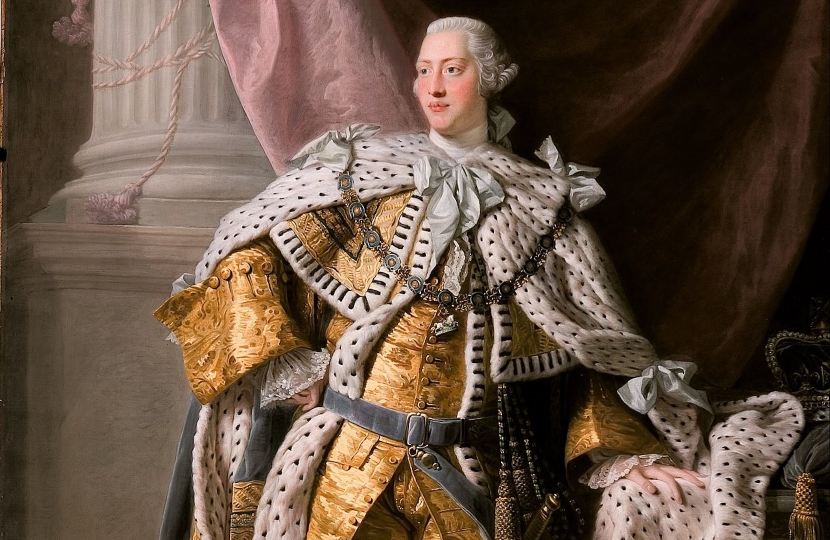 George III tends to be remembered for two things: his periods of insanity and the loss of the American colonies. There was much more to him than that, as Alistair Lexden emphasised in his first letter of 2020, published in The Daily Telegraph on January 8, commenting on an exhibition to be held at Kew to mark the 200th anniversary of his death. Accompanied by a picture of a statue of him in Weymouth, it was the principal letter in the paper on that day.

SIR - It is very good that George III is to be the subject of an exhibition that will “seek to redefine what is known about the monarch” (report, January 3).

That should include his remarkable stamina and devotion to state affairs. It was his habit to rise at six in the morning to deal with ministerial papers that had arrived overnight. After a morning ride, breakfast and divine service, he worked until eight-thirty in the evening, with a break in the afternoon for public occasions such as receptions for ministers and courtiers. He wrote all his own letters and policy papers until 1805 when failing eyesight compelled him to use a secretary. He was the only Hanoverian monarch to keep up such a strict daily routine, playing the flute, harpsichord or piano in the evenings for recreation.

A leading authority on the period, Professor Peter Jupp, concluded that “by the end of the 1770s he was probably the best-informed statesman of his time on the full range pf policy issues.” Sadly, mastery of detail was not always rewarded by political success.