General Sir Thomas Picton: a hero of his time 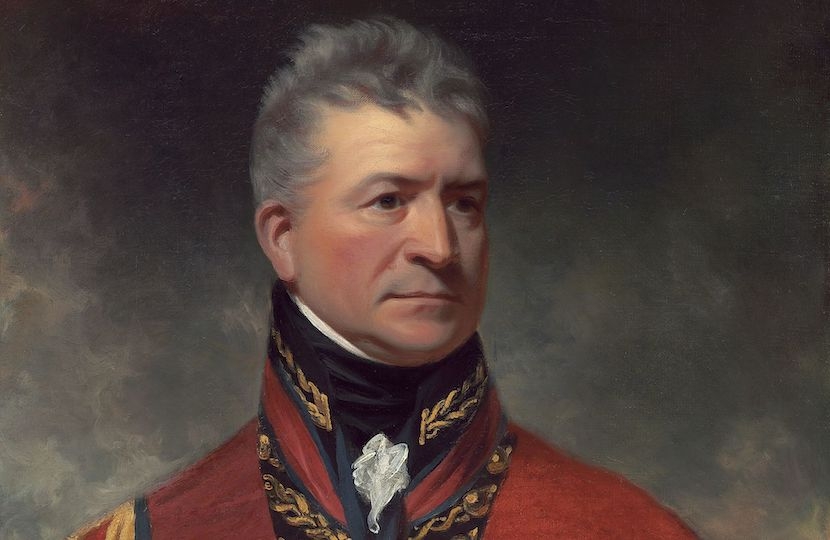 Picton was the highest-ranking officer to be killed at Waterloo. For over a century a distinguished portrait of him has hung in the National Museum of Wales. At the beginning of November, the Museum announced that it had been removed from display. On 3 November, Huw Edwards, the well-known Welsh BBC broadcaster, said he felt “uneasy about this element of censoring history”. As a result of doing this, he was “spoken to” by his BBC bosses, who regarded his comments as a breach of their impartiality rules.  Alistair Lexden set out the key facts about  Picton’s career in the following letter published (in slightly edited form) in The Daily Telegraph on 11 November.

SIR - Huw Edwards (report, November 5) should be congratulated for questioning the removal from the National Museum of Wales of a portrait of General Sir Thomas Picton, a hero of the Napoleonic Wars killed at Waterloo.

As the first British governor of Trinidad after its conquest from Spain in 1797, he employed the brutal punishments that were available in his era to impose his control and make the island’s reconquest more difficult. Even Wellington described him as “a rough foul-mouthed devil.” The British garrison was treated no less harshly than the native population. Soldiers who raped native women were executed or flogged . Although he was brought to trial twice in London by political opponents, the case against him was dropped in 1810.

He used the prize money that his military prowess brought him to buy an estate in Trinidad which came with 112 slaves, whom he naturally retained, and 30,000 acres in his native Wales.

As one of Wellington’s most successful generals, he received the formal thanks of Parliament seven times. Though he regarded politics as “ a great deal of mummery”, he accepted the pocket borough which a Welsh admirer presented to him in 1813, two years before his death.

Why should a portrait of this remarkable man who served his country valiantly according to the standards of his time be put into hiding? The Museum’s Sub-Sahara Advisory Panel has said “it does bring a new chapter in terms of conversations about  race, diversity and inclusiveness.” Surely it has for long been difficult to escape such conversations?