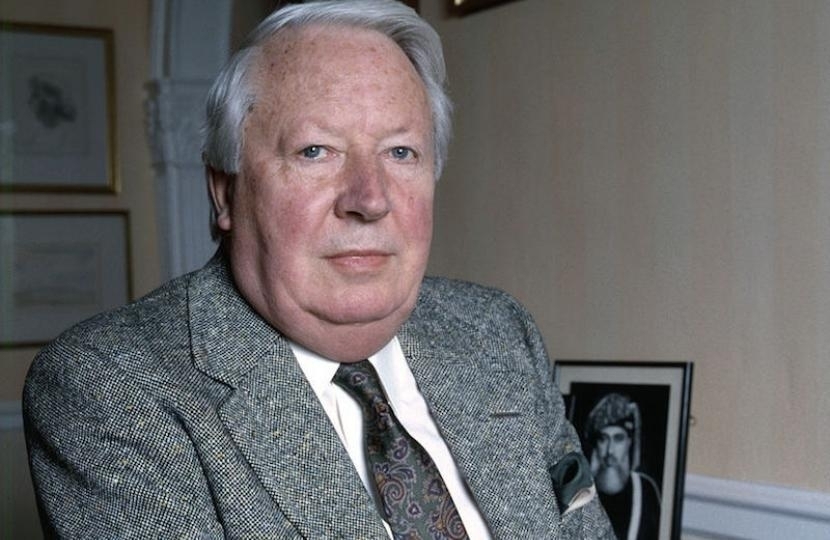 The above words formed the headline over a letter by Alistair Lexden in The Spectator on 14 March. His long-running campaign to secure justice for the former Prime Minister continues in Parliament and outside it.

Sir: An independent report by the former high-court judge Sir Richard Henriques into the Metropolitan Police documents in horrifying detail the malpractices which meant that ‘the names of Leon Brittan, Lord Bramall and others were dragged through the mud’ (‘Trial and error’, 29 February). Though Sir Edward Heath was also cruelly traduced, the government has rejected the calls I have made in the Lords, in association with Lord Armstrong of Ilminster and Lord Butler of Brockwell, former cabinet secretaries who were his close confidants, with unanimous support across the House for an independent review of Operation Conifer, the widely criticised investigation by the Wiltshire police into the allegations against him.

The biased chief constable, Mike Veale, who was ‘120 per cent’ certain of Heath’s guilt, was only mildly censured by an internal review before moving to Cleveland police, from which he was forced to resign a few months later. The Home Office, which paid most of the £1.5 million cost of Operation Conifer, has the power to establish an inquiry.

It is needed to scrutinise the seven allegations left open at the end of the investigation, almost certainly to save the face of the police. The taint has been removed from the reputations of other leading figures. Sir Edward Heath KG should not be left under any lingering suspicion.