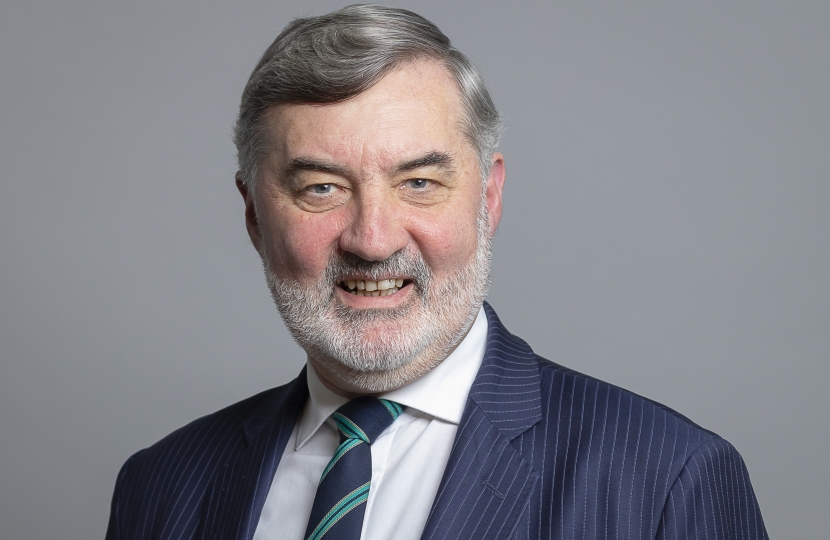 Votes will start to be cast on 13 April to elect a new Lord Speaker who will take over from Lord Fowler, elected in 2016, before the end of the month. There is no Conservative candidate. Alistair Lexden joined Guy Black (Lord Black of Brentwood) in backing the distinguished independent candidate, John Alderdice. A slightly longer version of their article has been published on the ConservativeHome website.

Tomorrow, we begin the task of electing a new Lord Speaker. It is a crucial appointment. The Lord Speaker has a vital role to play in the management of Parliament and the people who serve it, in enhancing the reputation of the Lords, and protecting the rights of backbenchers as we go about our most important task of all: scrutinising legislation in detail, for which - as we know - the Commons lacks sufficient time.

Norman Fowler, elected last time from our Conservative benches, is no easy act to follow. He has been an exemplary Lord Speaker – driving change in many important areas and acting as our ambassador. His understanding of the importance of the House of Lords in our constitutional arrangements is visceral.

We are very lucky in that we have three excellent candidates – two from the Labour benches and one independent-- from whom to choose. They would all make admirable Lord Speakers.

But for us – one the Conservative Party’s official historian, the other a former Director of Communications for CCHQ, with between us more than seventy years of service to the Party, twenty plus of them in the Lords - the towering candidate is the independent, John Alderdice.

Lord Alderdice has the perfect blend of talents we need in the Lords as we move forward, following an outside review of our management and working practices, to create a more effective House.

He is above all bipartisan – which is, as Norman Fowler showed (and indeed our first two Lord Speakers, Helene Heyman and Frances D’ Souza, before him) absolutely vital in the role—but he also knows how to lead from the front when he needs to.

He has the experience from his time as the first Speaker of the Northern Ireland Assembly (established under the historic 1998 Belfast Agreement to which he made a major contribution), of building consensus among competing interests – and personalities – which is crucial in maintaining successfully our long tradition of self- regulation and our authority in the face of much outside criticism.

He is a first- class ambassador who understands the importance of communications – especially in the world of digital media – and will not be afraid to put his head over the parapet to state our case, something he will need to do frequently.

He represents the nations and regions of our country at a time when the Union itself is in peril – and his appointment would send a powerful signal that our House is one for the whole of the United Kingdom.   He is himself strongly committed to the Union and to Northern Ireland’s place within it in accordance with the wishes of the majority of its people.

From his experience as an energetic and effective backbencher in the Lords for a quarter of a century, he understands to his core the needs of its members – and will respect and champion them, irrespective of party or position.

He supports change – which we all know is essential - but is no revolutionary. He will push forward that agenda to ensure that everyone who works in our House is valued and respected; he will safeguard and champion our interests where it comes to the restoration and renewal of the Palace of Westminster which has been delayed for far too long ; and above all he will commit himself to rebuilding the reputation of the House which has suffered considerable damage in recent years.

As a House – and as a vital part of the UK’s constitutional arrangements – we face many challenges ahead.

We need to push forward with change, while respecting the customs and mores of our House, and our tradition of self -regulation. We need to give full scope to the talents of our members, who make us the most extraordinarily experienced Second Chamber in the world. We need to deal with the size of the Lords – but doing so in a way which can achieve consensus and recognises that an absolute prerequisite is restraint on the part of the Prime Minister in creating new peerages. We need to renew and restore our reputation as much as we need to renew and restore our buildings.

Those challenges are immense. John Alderdice – a man of dignity, authority and experience – is the man to unite us all in dealing with them.