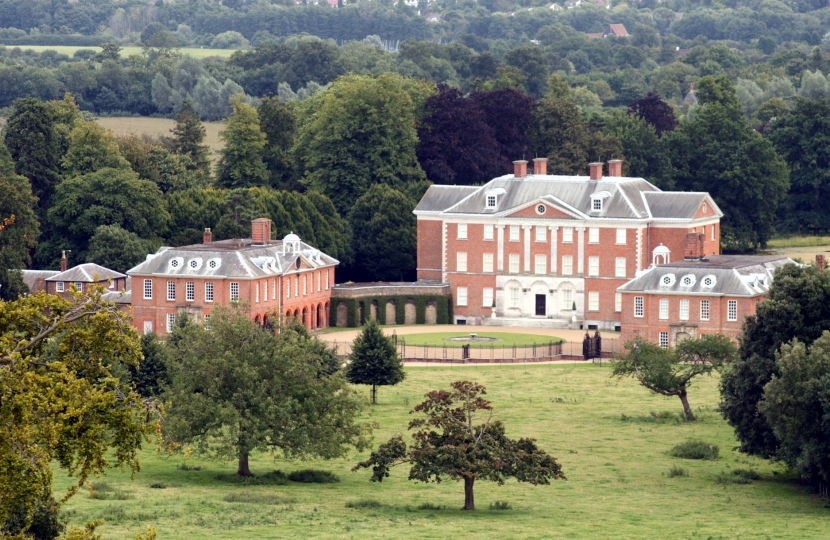 In early October an unseemly squabble broke out between Dominic Raab and Liz Truss over which of them should occupy Chevening in Kent, the 15-bedroomed stately home that is at the disposal of the prime minister of the day to assign to one of his senior ministers, usually the foreign secretary.  In the end, they were told to share it. Alistair Lexden commented on the spat in a letter published, in slightly edited form, in The Daily Telegraph on 20 October.

SIR -- Curiously, in the course of his article (Features, October 13) Harry Mount turns Earl Stanhope, the former owner of Chevening and a staunch supporter of Neville Chamberlain, into the Earl of Stanhope.

The Earl of Crawford, a Tory colleague, noted in his diary: “Lord Stanhope’s water closet in Chevening house is quite one of the most admirable I know. It is decorated with perhaps a thousand square Dutch tiles, illustrating biblical scenes set decorously in painted panelling.”

It is unclear whether Liz Truss, the Foreign Secretary, and Dominic Raab, the Deputy Prime Minister, will settle down happily together in this magnificent mansion. If they don’t, Mr Raab should perhaps be moved to Dorneywood, a fine red-brick house with 21 rooms surrounded by 215 beautiful Buckinghamshire acres.

It has, in accordance with recent custom, been assigned to the Chancellor, Rishi Sunak. With a number of homes at his disposal, including a manor house near Northallerton, he does not seem to be making much use of it.

Several of Mr Raab’s predecessors as Deputy Prime Minister occupied  Dorneywood. Willie Whitelaw became deeply attached to it; more recently, John Prescott was caught playing a game of croquet when he ought to have been working. Dorneywood could suit Mr Raab, with his well-known attachment to leisure, very well.