Disorder in the Commons over prorogation 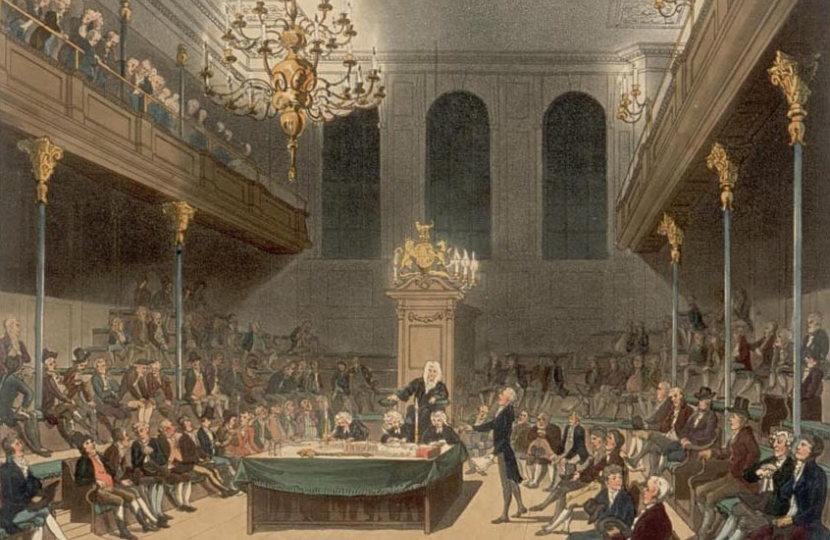 The traditional ceremony to prorogue Parliament took place in the House of Lords just after 1.30 am on September 10. It was preceded by unruly scenes in the Commons. A number of opposition MPs held up placards with the word ‘Silenced’ on them. A vivid account of the ensuing disruption appeared in The Daily Telegraph on September 11: ‘When Black Rod entered the chamber and asked MPs to take the short walk to the Lords, opposition MPs began shouting “No!” and Mr Russell-Moyle [Labour MP for Brighton Kemptown] flung himself on the Speaker’s legs. A member of parliamentary staff leant over to get the MP off the Speaker, prompting a minor melee in which Dawn Butler, the shadow women and equalities secretary, was nearly knocked to the ground.’ Subsequently, singing broke out.

The conduct of the disruptive MPs was widely condemned. ‘Shameful’, said The Telegraph. How does it compare with previous incidents?

The disturbances were of a relatively minor order. The Commons has seen much worse in its time. On 27 July 1893, for example, the leader of the Irish Unionists, Colonel Edward Saunderson MP, ‘engaged in a free fight with his Irish foes on the floor of the chamber’ (in the words of the Dictionary of National Biography) during the passage of the second Irish Home Rule Bill. In November 1912, during debates on the third Home Rule Bill, government ministers were shouted down, a copy of Standing Orders was thrown at Churchill, and the Speaker had to suspend the House for a week amidst fears that fighting would break out again.

On 11 September, Andrew Gimson published a piece on the ConservativeHome website entitled ‘The shocking truth about Commons disorder. MPs during Brexit “have been almost shamefully well behaved”’. The article featured comments by Alistair Lexden designed, in a light-hearted way, to put the fracas into historical perspective.

Alistair Lexden’s comments were as follows: It would almost be a breach of the constitution if the Commons failed to exhibit its historic practices of disorder at a time of great national crisis. MPs have been almost shamefully well behaved during the Brexit debates. Churchill in his Liberal days wore with pride the scar inflicted on his forehead by the copy of Commons Standing Orders hurled at him by an enraged Tory in 1912. Where are the free fights and suspended sittings of yore? The verbal pugnacity of Speaker Bercow is a poor substitute for the ancient traditions of the House.