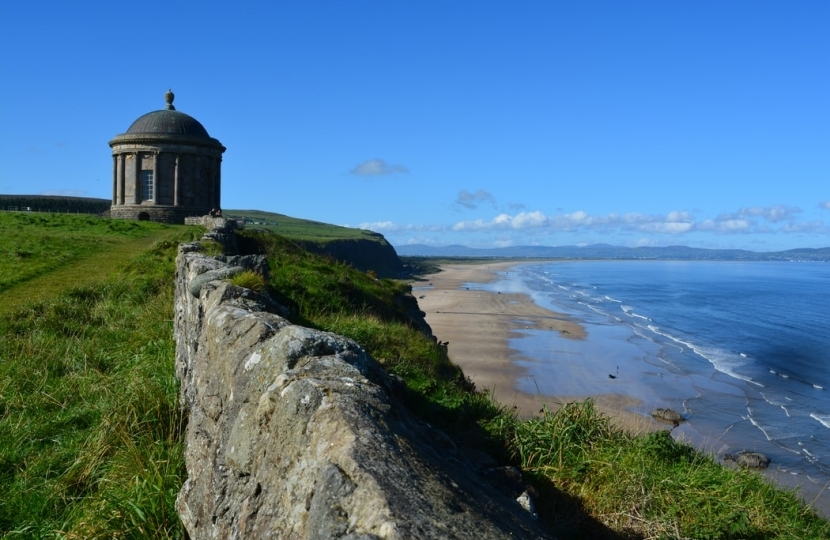 The result has been severe economic dislocation and political uproar in Northern Ireland—over a tiny volume of trade amounting to 0.2 per cent of total EU imports from non-EU countries which could not possibly distort the EU single market. Northern Ireland is an integral part of the United Kingdom’s economy. It imports six times more from Great Britain than from the Irish Republic. Some of the repercussions of the Protocol have been quite extraordinary. They include a ban on importing plants in British soil.

In 2018, Boris Johnson denounced the very idea of an economic border within the United Kingdom; a year later he created one through the Northern Ireland Protocol. David Trimble, a principal architect of the historic Belfast agreement in 1998 which produced the current uneasy peace in the province, is furious. “Northern Ireland is no longer fully part of the UK. It has been annexed by the EU and is subject to EU laws and an EU court without any right of dissent. I personally feel betrayed.” Betrayal is also felt by all the Unionist political parties in Northern Ireland. They have united to launch a case in the courts to try to get the Protocol overturned.

Legal action is also being threatened by the EU against the Government, which has taken unilateral steps to mitigate the damage the Protocol is doing in Northern Ireland, and to stave off the introduction of  elements of it which have not yet come into force.

Alistair Lexden raised this grave state of affairs in the Lords by means of an oral question on 11 March. If the Protocol cannot be made to work, it should be scrapped. He asked: “Do the government have a plan—a road map even—to replace the Protocol by a set of arrangements capable of commanding the confidence of a majority of our fellow countrymen and women in Northern Ireland, whose faith in the Union has been shaken by the Government’s departure from the commitment, on which ministers set such store, to restore full sovereignty in every part of our country?”

All that the Government could offer by way of reply was that they “want to work with the EU on a durable and pragmatic arrangement for trade between Great Britain and Northern Ireland in the long term.” It must be very doubtful whether this can be achieved through the Protocol, which so far has only brought disaster.