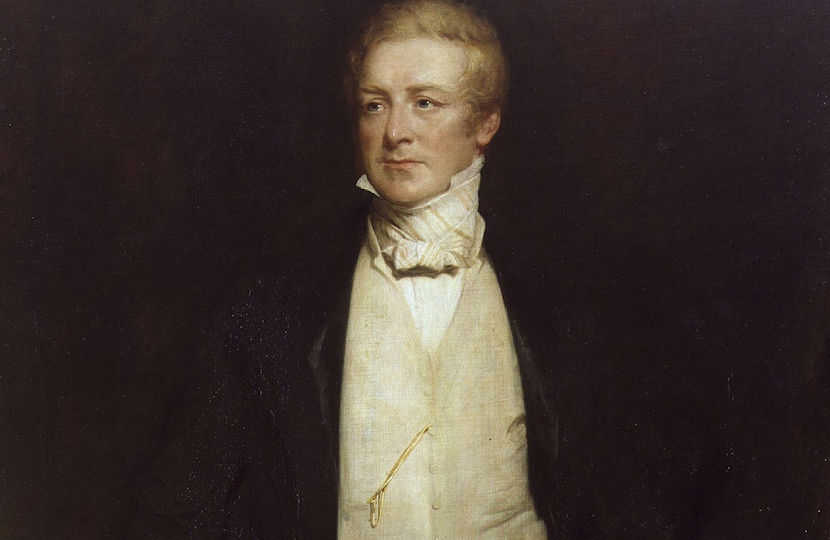 Politics proceeded at a leisurely pace in the first eight months of 1841. That suited the lethargic Whig government under Lord Melbourne, whose chief preoccupation was his devotion to the young Queen Victoria, then in the fifth year of her reign. He had nothing much to say about policy, to the despair of the substantial contingent of radicals in his party.

The confident and well-organised Conservative opposition, with its new headquarters at the Carlton Club, led by Sir Robert Peel, then aged 53 and at the height of his very considerable powers, sensed that its time had come. But it did not come quickly.

On 18 May, the Whig budget was defeated by 317 votes to 281, partly because it broke with the existing consensus between the parties by proposing a revision of the Corn Laws, which shielded British agriculture from foreign competition, alienating Whigs with rural interests. Nevertheless, ministers thought that they might be able to stagger on for a few more months , and managed to rally many of their demoralised MPs.

On 4 June, Peel carried a motion of no confidence in the government by a single vote, something that would not happen again until March 1979 when, as in 1841, it proved the prelude to the election of a famous Conservative government, whose reforms would have a lasting impact. On 22 June, Parliament was finally dissolved.

Election results were declared rapidly in just over half the constituencies where candidates were unopposed, depriving a large proportion of the 800,000 electorate (about one in seven of the adult male population in England, one in twenty elsewhere) of the chance to go to the polls and cast their votes publicly. Secret ballots would remain a hotly contested issue for another thirty years, finally being introduced by Gladstone, a close friend and lifelong admirer of Peel, in 1872.

In borough constituencies, the vast majority of which had fewer than 1,000 electors(and rampant corruption), voting was completed in early July, bringing limited Conservative gains. It continued in the counties until the third week of the month, ultimately yielding 22 Tory gains in England, which proved the keys to victory.

By 22 July, this day 180 years ago, it was clear that Peel would be the next prime minister with an overall majority of 80. The Conservatives would not do so well again until 1886, and then only because of their alliance with  Liberal Unionists, who had broken with Gladstone over Irish Home Rule.

In accordance with the then hallowed convention, the Whig government remained in office until the new House of Commons, which met on 19 August, delivered its verdict. On 27 August, after an intense four-hour debate, it was overwhelmingly defeated on an amendment to the Queen’s Speech.

On 30 August, nearly three and a half months after trouncing the Whigs so decisively in the budget debate, Peel was driven in a open carriage from his mansion in Whitehall Gardens to Windsor, where he kissed the hands of an unsmiling, unwelcoming Queen, distraught at the loss of Melbourne.

The election did not just part the young monarch from a much-loved premier and mentor. It brought to an end royal involvement in British general elections. Like her Hanoverian predecessors, the Queen had dug deep into her Privy Purse to help the  governing party, which she wished to keep in office, with its election expenses.

This would never happen again. Under the guidance of the brilliant Prince Albert, monarchical power was redefined: it would now be used to help shape the governments that emerged after elections had taken place, and to sustain in office ministers of whom the monarch approved. Within months, ironically, Peel was at the top of the royal approval list, with Melbourne forgotten.

The significance of the change that occurred in 1841 was not lost on senior Conservatives. One of Peel’s colleagues told him: “Tis the first time in our history that the people have chosen the first Minister for the Sovereign.” Never before had a government possessing the monarch’s confidence and a Commons majority lost an election.

Peel, brimming with ideas for moderate reform, was determined to govern on his own terms after his great victory, which brought the Conservatives triumphantly back to power just nine years after their utter humiliation by the Whigs over the Great Reform Act. He had given no pledges. He had submitted no programme to the electorate for approval. The famous Tamworth manifesto of 1834 had no successor in 1841.

Speaking on the eve of the vote that finally removed the Whigs from office, he said: “If I exercise power, it shall be upon my own conception—perhaps imperfect, perhaps mistaken—but my sincere conception of public duty.” They were the words of a confident and dedicated public servant, who believed that he knew how to identify and advance the national interest better than anyone else.

He refused to admit that “a minister owed any personal obligations to those members who have placed him in government.” In politics with their unending personal and party rivalries, such intense high-mindedness was bound to prove distinctly perilous.

For four years he carried all before him, untroubled by dissent within his party. Tariffs were swept away by this ardent champion of free market economics; income tax was imposed on the richest to compensate for the revenue lost by ending or reducing indirect taxes which hit the poor hardest; a great programme was drawn up for reform in Ireland.

Then, in 1845, Peel’s conception of public duty suddenly came into conflict with the commitments given of their own accord by so many of his MPs in 1841 to maintain protection for agriculture. It would have been wholly out of character for Peel to be deflected from his purpose, and so he passed the greatest of all his reforms, which created the basis for mid-Victorian prosperity, while splitting the party which he had led to the great victory of 1841.

(Lord) Robert Blake, the doyen of Conservative historians, described Peel as one of the two truly great 19th century prime ministers, the other being Gladstone. He was right. But both of them also inflicted great damage on their parties.