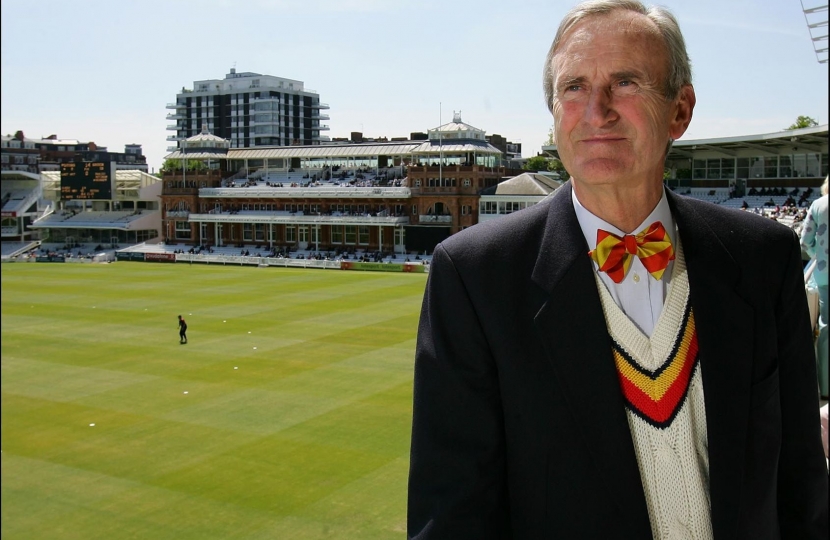 Ted Dexter, a memorable England cricket captain in the early 1960s, had an unfortunate encounter with the electorate in a Cardiff seat at the 1964 general election as the Conservative opponent of Jim Callaghan. At the previous election in 1959, the Party had lost by 868 votes; Dexter was defeated by 7,841. Alistair Lexden recalled the episode following Dexter’s death on 25 August.

The blame for his humiliation lay with the Chairman of the Cardiff South East Conservative Association, G.V. Wynne-Jones and his colleagues. The association as a whole wanted to keep their candidate from the previous general election: a local teacher and future Welsh Office Minister, Michael Roberts, described as “first class” by the senior Conservative Party Agent in Wales. A former Wales rugby international, Wynne-Jones engineered Dexter’s adoption, believing that a famous sportsman would generate the publicity needed to reduce Callaghan’s majority. Dexter, who was not a Conservative party member, was flattered by the pressing invitation from the “gentlemen from Cardiff”. He did not deceive them, confessing that he knew “more about Italian politics than English”, which set the scene for disaster at a time when Wales was becoming increasingly conscious of its national identity. Interviewed after the count, he said gallantly that “it was all my fault”. The chief culprits were the local Tory leaders.

This account of Dexter and the 1964 general election was published in slightly abbreviated form in The Times on 8 September.