Churches out of bounds 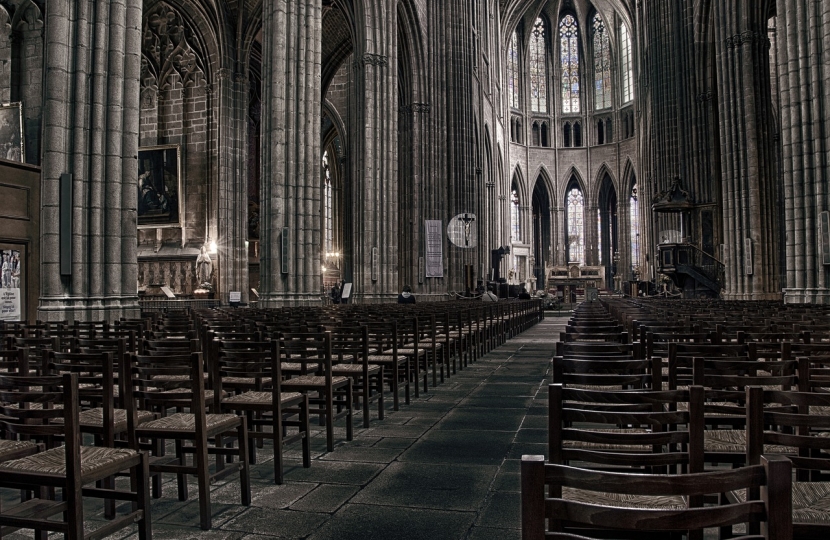 In an oral question in the Lords on 22 July, Alistair Lexden asked: “since social distancing could have been arranged so easily at the outset, was it really necessary to lock up all our churches for the first time since Pope Innocent III ordered their closure 800 years ago?”

There was no reason at all why churches should not have been kept open with appropriate social distancing measures back in March. As the question on 22 July went on to note: the Church of England hierarchy “went beyond official government guidance by banning private prayer in churches and forbidding its clergy to enter them even on their own.”

Throughout the lockdown, off-licences remained open but Anglican churches bolted their doors. In The Times on 13 July, Archbishop Welby was quoted as saying that “praying in church buildings could not be considered an essential service.” One of the abiding images of the lockdown will be of Archbishop Welby celebrating Eucharist at Easter in his kitchen while his magnificent cathedral at Canterbury stood empty.

It was not until  early July that Churches started to open their doors for private prayer and, in a restricted form, for communal worship. As was noted in the 22 July question, there is an “urgent need for explicit guidance on the safe resumption of choral singing. The great composer John Rutter said recently: ‘Some two million people engage in the UK engage in choral singing, and they are desperately missing this pillar of our national life.’”

The leading figure in the Anglican communion was not present on 22 July. The Times said on 23 July: “There was disappointment, if not surprise, in the Lords yesterday when the Archbishop of Canterbury did not appear for a question session on reopening church buildings called by Lord Lexden. This seems to be a low priority for Justin Welby, though it was noted by one peer that he made time last week to speak in the Lords about the impact of social media in the Democratic Republic of Congo.”