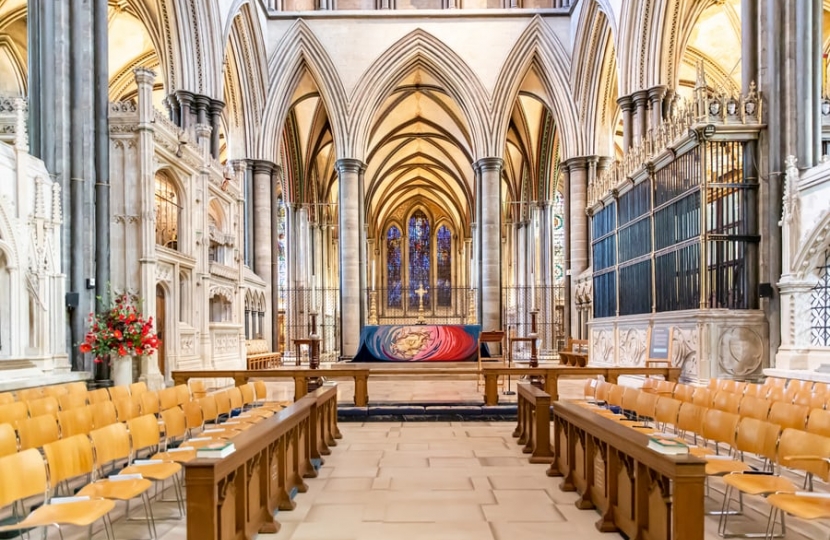 Since the 1920s, the Church of England has had the power to devise its own laws—known as Measures—but they need Parliamentary approval before they can be brought into effect. Before debate (usually brief) in Lords and Commons, Measures are discussed in Parliament’s Ecclesiastical Committee. Its 30 members are divided equally between the two Houses. Alistair Lexden is one of the Lords’ members.

Measures vary in importance. At its meeting on 23 February, the Committee discussed a set of very significant changes to the way Cathedrals are run. At a time of decline in overall Church attendance, Cathedrals attract large congregations and many visitors, drawn by their architectural splendours.

The Cathedrals Measure 2021 provides for the co-regulation of Cathedrals by the Church Commissioners (with total funds of nearly £9 billion at their disposal) and the Charity Commission. Cathedrals will be brought within the scope of charity law, a move designed to help them draw on successful methods and working practices developed by secular charities. Better control of budgets is one anticipated improvement.

At its meeting, the Ecclesiastical Committee gave its formal approval to the Cathedrals Measure. A number of reservations were, however, expressed. The Charity Commission is not noted for working briskly; in Cathedrals too, delays are not uncommon in settling issues, particularly those that involve sex abuse where individual reputations are at stake. It was difficult to be completely reassured by the Church’s confidence that their new association with the Charity Commission will always assist rapid decision-taking.

Each Cathedral is to have a senior management group. This may well bring improvement. It might, on the other hand, lead to friction with the clergy and others who comprise Cathedral chapters. The latter will remain responsible for overall governance. Alistair Lexden asked how the new division of responsibilities will work in practice. He was told that each Cathedral will “decide how precisely to arrange their affairs in this regard”, subject to general guidance from the Church authorities. This element of the new arrangements will need to be kept under careful review.

It is of course right that the Church should have a great deal of autonomy over its own affairs. Parliament, however, should always ask rigorous questions about aspects of the Church’s Measures that it debates and passes into law.