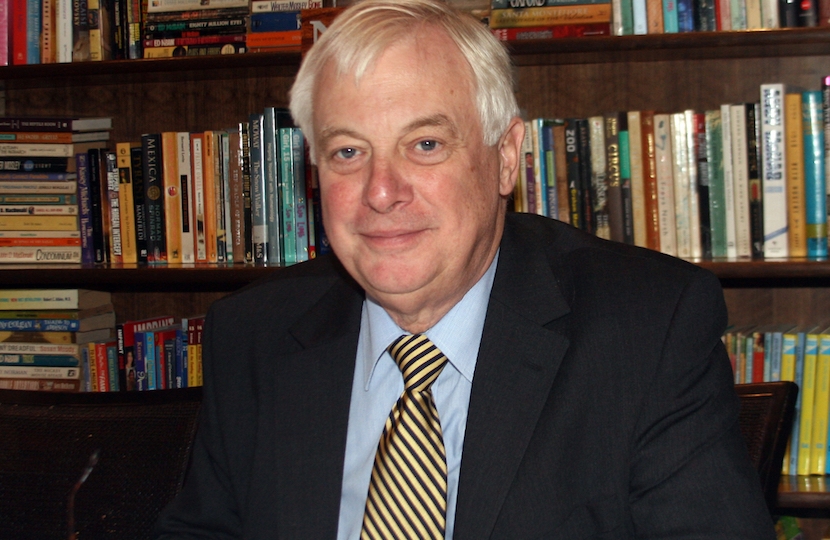 Chris Patten’s first job in government was a junior post at the Northern Ireland Office which he held from 1983 to 1985. A year after returning from Hong Kong, he became Chairman of an Independent Commission on Policing in Northern Ireland whose highly controversial report in 1999 paved the way for the complete reorganisation of the police service in the Province. A book which he has just published contains a chapter entitled “ Crazy Irish Knots” in whch he reflects on his experiences. Alistair Lexden was distinctly unimpressed, as he explained in a letter published in the TLS: The Times Literary Supplement on September 22.

Sir, -- In his short review of Chris Patten’s First Confession: A sort of memoir (In Brief, September 1), Simon Scott Plummer describes the distinguished liberal Tory as “the most attractive politician of his generation”. The chapter in the book on Irish affairs does not bear out this generous view. Patten is unremittingly hostile to Ulster’s Unionists amongst whom he seems to think that it is impossible to find a single person interested in helping to rebuild the Province’s political life on power-sharing lines. David Trimble, who sacrificed so much in search of a strong and stable government with John Hume’s SDLP, is dismissed in the book as an unreconstructed Loyalist for daring to question Patten’s proposals to put policing on an entirely new basis in 1999. At the time Patten made clear privately that he accepted that there was a limit to the concessions that Trimble could be expected to make in the face of Ian Paisley’s wrath. No hint of any understanding of the difficulties encountered by moderate Unionists appears in the book. He is cavalier too with the facts: 1923 is given as the year when Ireland was partitioned (it was 1921); a highly controversial speech by a Unionist leader is assigned to 1937(it was delivered in 1933); Northern Ireland is said to have had a governor-general under the Stormont Parliament (he was a mere governor). The famously sophisticated liberal descends to crude insults. Ulster Protestantism, he writes, is usually a matter of “telling the Bishop of Rome to p*** off”. Those who wish to retain a high opinion of Patten should probably skip his Irish chapter.