Children and Arts subjects - how independent schools are helping 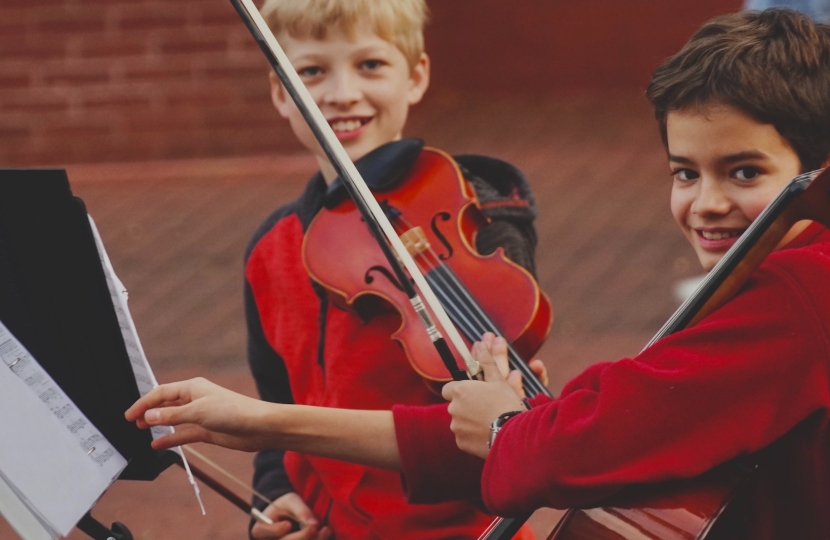 Across the country, there is very great concern about the decline in arts subjects in many secondary schools. Between 2010 and 2018, the number of pupils taking music at A-level fell by 38 per cent; the number taking drama at GCSE fell by 15 per cent between 2016 and 2019. All too often children are being deprived of opportunities to learn a musical instrument, perform in plays or develop cultural interests in other ways. The repercussions for individuals and society as a whole will be serious.

Progress can often be made when state and independent schools come together and pool their resources. Alistair Lexden, who is President of the Independent Schools Association, referred to the growing co-operation between them during a short discussion of arts subjects in the Lords on 7 June. He said: “Have the Government noted that, before the pandemic, state and independent schools were working together in over 1,200 partnership schemes involving either music or drama?” Lessons are often shared, and joint events organised in shared concert halls and theatres.

It is obvious that even more such schemes should be established. Alistair Lexden asked: “With so many pupils having missed out over the last year, is this not the moment for the Government to encourage more state schools to work with their local independent colleagues so that the education system as a whole achieves the maximum benefit from collaboration between the two sectors?”

Baroness Berridge, Education Minister in the Lords, replied: “My noble friend is correct… I am holding a round table for precisely that purpose: to see how the existing partnerships could be strengthened and whether we could see an expansion of that activity.”