Bishop Bell: a triumphant end to the campaign 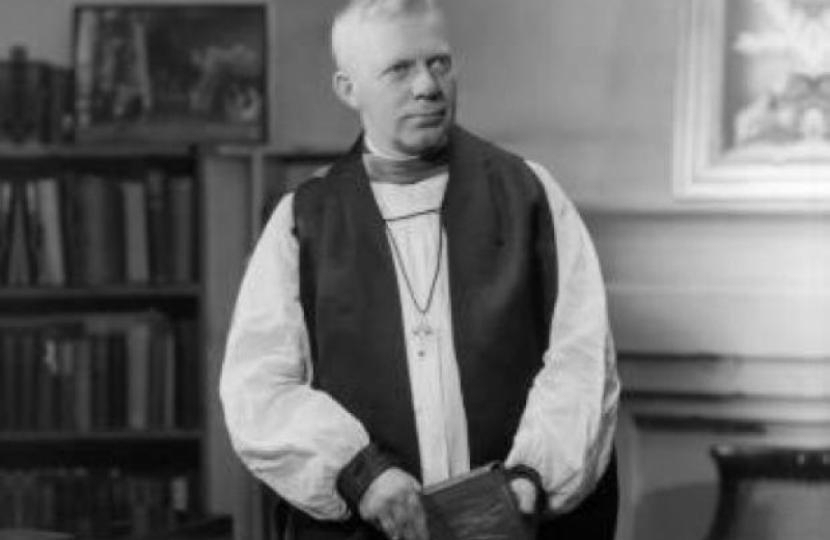 In 2016, Alistair Lexden joined a number of academics, politicians, lawyers, clerics and writers in a group which was established to refute the Church of England’s condemnation of Bishop George Bell, one of greatest of all Anglican bishops who died in 1958, as a child sex abuser.

The Bishop was condemned on the strength of a single, uncorroborated complaint by a woman that she had been abused as a child. Compensation was paid to her by the Church in 2015.

The Bell group’s work showed in detail why the complaint ought not to have been upheld. An independent report by Lord Carlile QC, commissioned by the Church itself, reached the same conclusion. A subsequent inquiry by the Church into another, separate allegation found no evidence against the long-dead Bishop.

Nevertheless, Archbishop Welby continued to assert that “a significant cloud” hung over Bishop Bell’s reputation. Members of the Bell group have repeatedly protested. Alistair Lexden has done so in the Lords and in letters to the press, all of which have been included on this website.

On 17 November, the Archbishop finally admitted that he had been wrong, putting out the following statement which crowned the success of the campaign to restore the Bishop’s reputation:

“What I say today that is new and should have been said sooner is this: I do not consider there to be a ‘significant cloud’ over Bishop George Bell’s name.

“Previously I refused to retract that statement and I was wrong to do so. I took that view because of the importance we rightly place on listening to those who come forward with allegations of abuse, and the duty of care we owe to them. But we also owe a duty of care to those who are accused. I apologise for the hurt that my refusal to retract that statement has caused to Bishop Bell’s surviving relatives, colleagues and longstanding supporters. They have all raised this issue, often powerfully, and I have recognised my error as a result of their advocacy.

“Bishop Bell was and remains one of the most courageous, distinguished Anglican bishops of the past century, committed to the peace and hope of Jesus Christ in a time of conflict and war. The debt owed to him extends far beyond the Church that he served and is one that we share as a society. I am delighted that the statue to him that was planned will be erected on the west front of Canterbury Cathedral, where he served as Dean, as soon as the extensive repair and maintenance works are complete.”

After the Archbishop’s statement, Alistair Lexden received a message from the Rt Rev Jeremy James, an Anglican bishop in Australia who is George Bell’s great-nephew, expressing thanks for “the tenacity you have shown as part of the Bell Group in advocating the innocence of my great-uncle.”