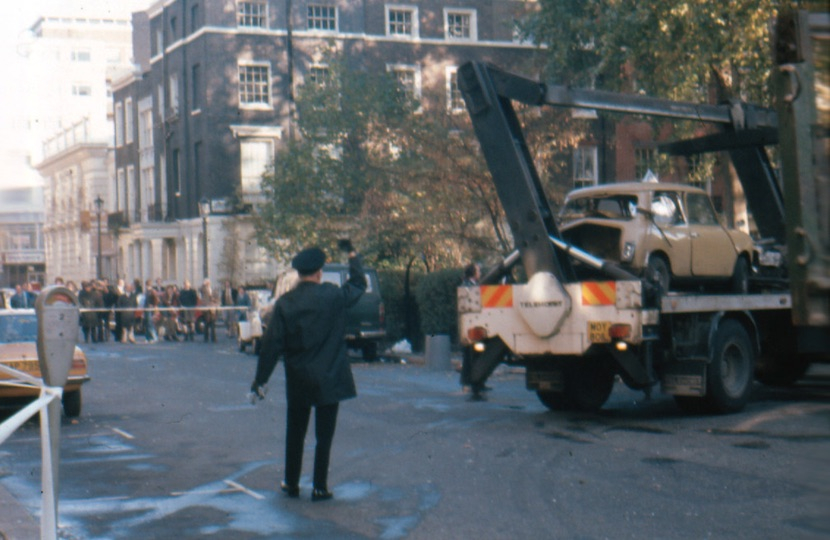 Revolutionaries and terrorists invariably try to rewrite history in order to conceal their own crimes, and destroy the reputations of those they want to overthrow.

On 14 July, this point came up in the Lords when the Northern Ireland Minister, Lord Caine, in answering an oral question, referred to the anniversaries this month of a number of IRA atrocities.

Alistair Lexden took up the issue: “was not my noble friend right to remind us of terrible terrorist atrocities in order to keep matters in proper perspective? I speak as one who was not far from the Oxford Street bus station in Belfast just after 3pm on 21 July, 50 years ago, when an IRA car bomb killed six people and injured nearly 40.”

He continued: “Is it not one of the objectives of terrorists and their sympathisers to try to rewrite history, to draw attention away from their evil deeds? Is it not the duty of all of us to ensure that they do not succeed?”

In his response, Lord Caine said: “We have seen over recent years a pernicious counter-narrative of the Troubles, which tries to place the state at the heart of every atrocity, denigrates the contribution of the police and our armed forces and seeks to legitimise terrorism. We should strongly resist that.”