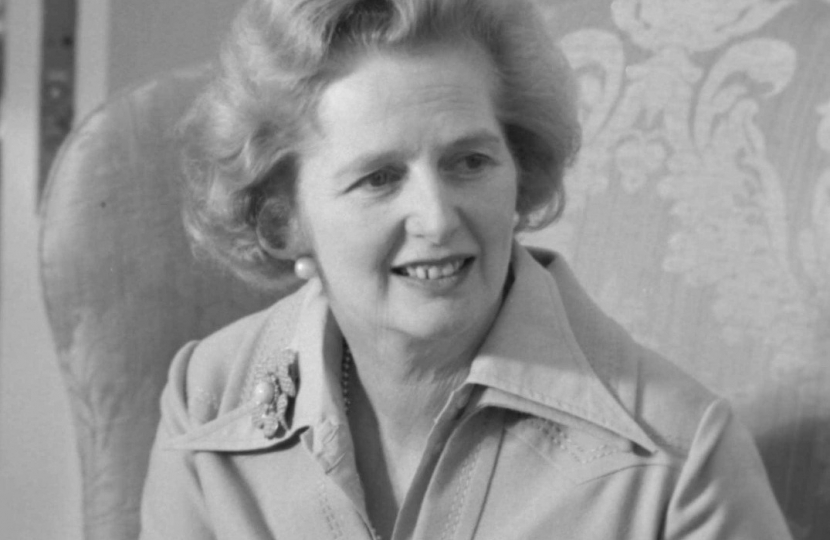 Alistair Lexden was asked to give a short address at a reception in the House of Lords on 20 May to mark the 40th anniversary of the start of Mrs Thatcher’s premiership. The text of his address follows.

Whenever I think of the watershed election of May 1979, words of Jim Callaghan, made famous by frequent repetition, come at once to mind. Talking to Bernard Donoghue, then head of his Policy Unit, he said: there are times when ‘it does not matter what you say or do. There is a shift in what the public wants and what it approves. I suspect there is now such  a sea-change—and it is for Mrs Thatcher.’

Callaghan spoke mid-way through the election campaign when things were not going well for Mrs Thatcher. Her lead in the opinion polls had slipped. She was tired and extremely irritable, not for the last time during the course of an election. Peter Thorneycroft as Party Chairman suggested that Ted Heath should appear alongside her in an election broadcast. Incandescent fury hardly describes her reaction.

The election result proved that Callaghan was right. Her overall majority of 43 on 3 May 1979 was won with a swing of over 5 per cent, bigger than Churchill had gained when he returned to power in 1951, bigger indeed than any leader had gained since the war.

Tory victories were most numerous in the south, but there was good news elsewhere too. 17 seats were gained in the Midlands, nine in the north and six in Scotland. It was Disraeli who said that the Tory party must, above all, be a  party of the whole nation. Mrs Thatcher worked hard to keep it that way.

She was a Unionist, perhaps more strongly so than any of her recent predecessors. She devoted much time to Scotland, and felt Ulster’s woes acutely ,while expressing intense irritation at the failure of the Northern Ireland parties to agree on how the Province should be governed.

The 1979 election manifesto was the best since 1950 in which Churchill had taken a hand( with secretarial assistance from the future Mrs Enoch Powell). Churchill’s aim was to show that the Tory Party had fully accepted what has come to be known as the post-war settlement. Nearly thirty years later, Mrs Thatcher put forward what she described as ‘a broad framework for the recovery of our country, based not on dogma, but on reason and common sense.’

The manifesto’s pledges were few in number, concerned chiefly with fundamental economic change and reform of industrial relations. Not everything was new. As has often been said, some of it had been foreshadowed by Heath in 1970. Mrs Thatcher learned from his mistakes; not for her, the complete reconstruction of industrial relations in one go, which had proved an utter disaster.

When under Heath unemployment hit one million in 1972, there was a clamour for a change of direction, demanded with particular force by William Rees-Mogg in The Times. By 1979 the climate of opinion was very different, offering much more scope for Tory radicalism. John Campbell, biographer of both Heath and Thatcher, has suggested that ‘though neither of them liked to admit it, Mrs Thatcher was the Grocer’s daughter in more ways than one.’

Michael Jopling, Chief Whip in the 1979 government, reminded me recently of how swiftly Mrs Thatcher constructed her government. She wrote in her memoirs of her pride that ‘ the whole government had been appointed and announced within 48 hours of my entering Downing Street’. It was an indication of the vigour  with which she was to conduct public affairs over the next eleven years. Harold Macmillan once told her that prime ministers had so little to do that she would have plenty of time for reading Trollope. She assumed he was joking.

There were no computers at No 10 in May 1979. Mrs Thatcher was the last prime minister to govern entirely through the spoken and written word. How effectively she used both. It is, I think, debatable whether a country can be run as successfully when electronic communications dominate Whitehall, accentuating the short term at the expense of careful strategic thought.

Disraeli once defined the principal features of conservatism as ‘ love of country and an instinct for power’. No greater patriot than Margaret Thatcher ever entered No 10, and her chief purpose was to use power constructively to restore her country’s greatness after a long period of decline. She described the 1979 election as ‘the most crucial since the war’. It is impossible to dissent from that verdict.

This article is also available on the ConservativeHome website. You can read it here.